Students in a college are discussing two proposals --
A: a proposal by the authorities to introduce dress code on campus, and
B: a proposal by the students to allow multinational food franchises to set up outlets on college campus.

A student does not necessarily support either of the two proposals.

In an upcoming election for student union president, there are two candidates in fray:
Sunita and Ragini. Every student prefers one of the two candidates.

A survey was conducted among the students by picking a sample of 500 students. The following information was noted from this survey.

What percentage of the students surveyed who supported both proposals A and B preferred Sunita as student union president?

Every student prefers one of the two candidates. Ragini(R) and Sunita(S).

According to statement 2, "Among the 200 students who preferred Sunita as student union president, 80% supported proposal A."

The number of students who support Sunita(S)=200

The number of students who supported Ragini(R)=300

According to statements 4 and 6, we can make the following Venn diagram for Sunita.

According to statement 5 and 7, we can make the following Venn diagram.

According to the Venn diagram,  the students surveyed who supported both proposals A and B preferred Sunita as student union president $$\frac{50}{50+50}$$ % =50% 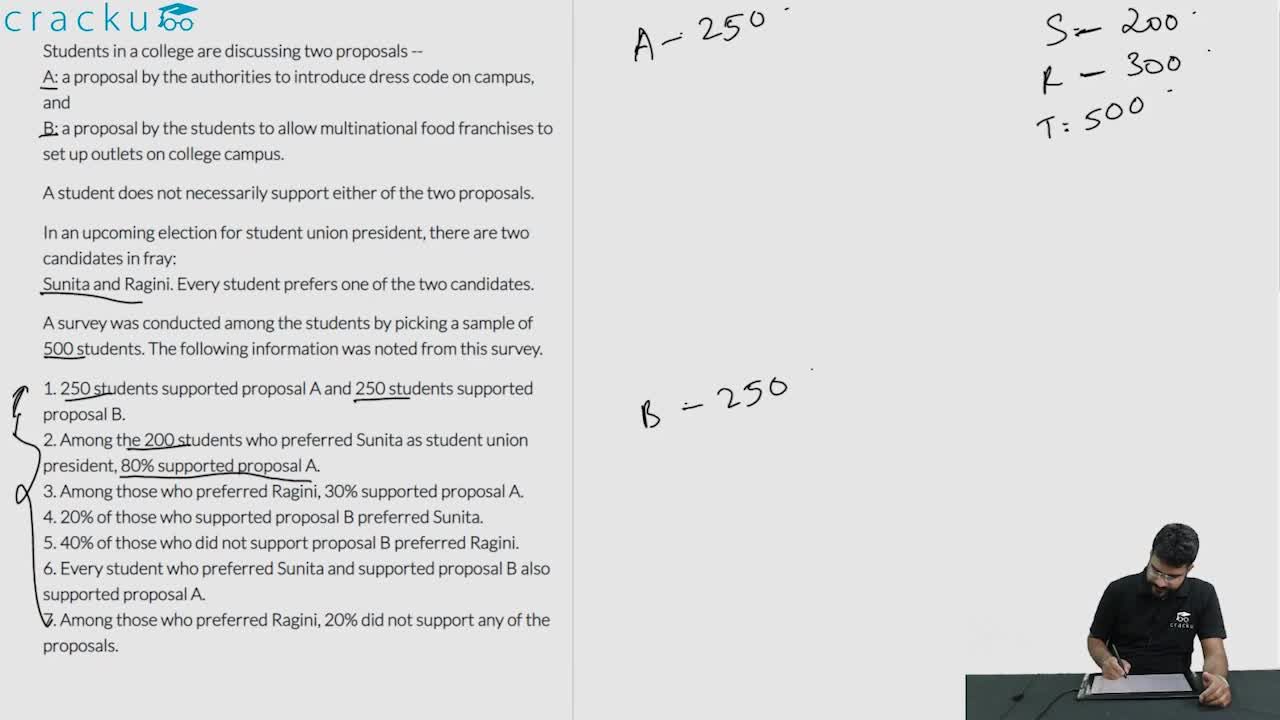