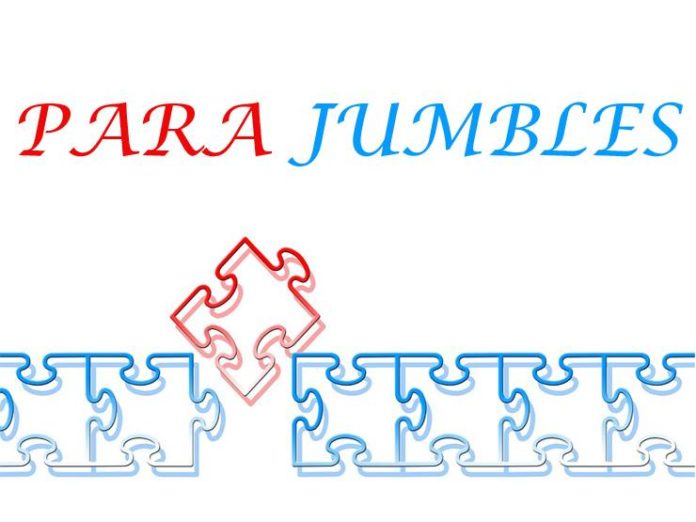 Parajumbles is a short and simple word to describe jumbled paragraphs. They involve rearranging the paragraph based on various clues and techniques which we are going to discuss in this article. Parajumbles asked in CAT almost always have just one correct way of rearrangement. So, you can use any approach of your choice but eventually like they say, all roads lead to Rome. These are also very important questions as they are the only get-all-or-get-nothing questions in Verbal Ability. The approach that’s best recommended involves five steps and is fairly straightforward. Cracku has an excellent CAT study-room which has 500 FREE CAT-like questions.

Pick the Central Theme of the passage.

The first thing that you want to do when presented with a parajumbles question is to identify the central theme of the passage. This may seem trivial but having the correct theme for the passage goes a long way in solving the parajumble.

The opening sentence is generally the one which introduces a subject, topic, place, etc. Often it is judgemental (like the one mentioned in the example below). And the supporting sentences follow.  Though not necessarily true for every parajumble, it often lacks a pronoun like he, she, it, they, them, etc. since we have to introduce a subject first. Once you shortlist a couple of sentences for the opening sentence, investigate further. Look for proper nouns and names. Use of “the” in the first sentence is uncommon. For example, if the sentence has “ the university” it refers to a university that was already mentioned – so, that can’t be the first sentence.

Highlight the clues in every sentence

Once the opening sentence is shortlisted, look for clues in every other sentence. Connecting phrases like and, but, however, moreover, nonetheless, etc and articles like a, an and the plus pronouns like he, she it, they, them, etc and adjectives like heavier, lighter, poor, etc give lots of hints about the order of the sentences.So, those are what we want to highlight now. Jot them down on a piece of paper.

Using the Qualified and Qualifiers, we can eliminate some of the options that are not valid. For example, if we can be sure that sentence B follows sentence D, the correct answer will not be CABED or BDACE.

Take FREE daily tests from Cracku, which are excellent for CAT preparation.

Let’s consider an example to understand this better.

A) According to a recent survey commissioned by HP and conducted by Wakefield Research, computers become a significant part of homework assignments for children as young as 10 years old and students aged 6 to 17 spend at least three hours a day on devices with Internet access.

B) “If your child is about to hit double digits, computers are going to be a routine part of their afterschool homework,” explains Kevin Frost, Vice President, Volume Business Unit, HP.

C) Shopping for school supplies isn’t what it used to be.

D) However, that much computer use at such a young age raises some concerns among parents.

E) Sure, kids still need notebooks, binders and pens — but they won’t survive without the latest technology either, namely a computer.

Cracku’s CAT mocks are released every alternate Friday and they are FREE for all for 3 days after they are released.

Which of the following best indicate the sequence of rearrangement for a coherent paragraph?

Step 1: Pick the central theme of the passage

Irrespective of arrangement, the sentences point to computers being a requirement for students. So, the central theme of the passage is going to be “Computers: An Afterschool Necessity for Many Young Students”

A talks about a survey. In most CAT passages surveys are used to support or reject a stated hypothesis and is never the first statement.

E starts with “sure”. This can’t be a first sentence as it supports a view stated previously.

D starts with “However”. It can’t be a first sentence as well.

B uses the word “explains”. “Explain” is used to elaborate on a previously mentioned topic.

So, the first sentence is (C).

Step 3: Highlight the clues in every sentence

A Introduces a survey by HP. B mentions the VP of HP. So, B has to be after A (not necessarily immediately after)

In sentence (A), There is a mention of the number of hours students use the computer for. This is a qualifier.

Sentence (D) is the qualified as it carries on the idea of children using computers for long hours.

Note that it can not be the other way round.

Sentence (C) and (E) are another such pair. (C) talks about school supplies and (E) extends the discussion to include notebooks, pens and binders.

Options (3) doesn’t follow the Qualifier/ Qualified pattern of (C) and  (E). Hence the correct option is (4). 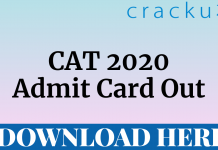 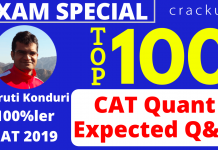 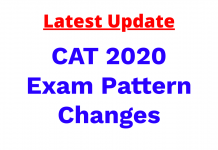