The passage given below is followed by four alternate summaries. Choose the option that best captures the essence of the passage.

The unlikely alliance of the incumbent industrialist and the distressed unemployed worker is especially powerful amid the debris of corporate bankruptcies and layoffs. In an economic downturn, the capitalist is more likely to focus on costs of the competition emanating from free markets than on the opportunities they create. And the unemployed worker will find many others in a similar condition and with anxieties similar to his, which will make it easier for them to organize together. Using the cover and the political organization provided by the distressed, the capitalist captures the political agenda.


The main points of the paragraph are:

1. In an economic disaster, the atypical alliance of established industrialist and unemployed workers proves powerful.

2. Anxieties and anticipation lead them to look after their interests.

3. It is the industrialist that benefits the most as he is able to use the latter to achieve his vested political interests.

A: Comes the closest in capturing all three points, and hence, is the answer.

B: Distortion. This purpose has not been mentioned in the passage.

D: Distortion. It has been implied that the industrialist manipulates the situation to fulfill his own political agenda, and not that the two parties come together to achieve a single goal. 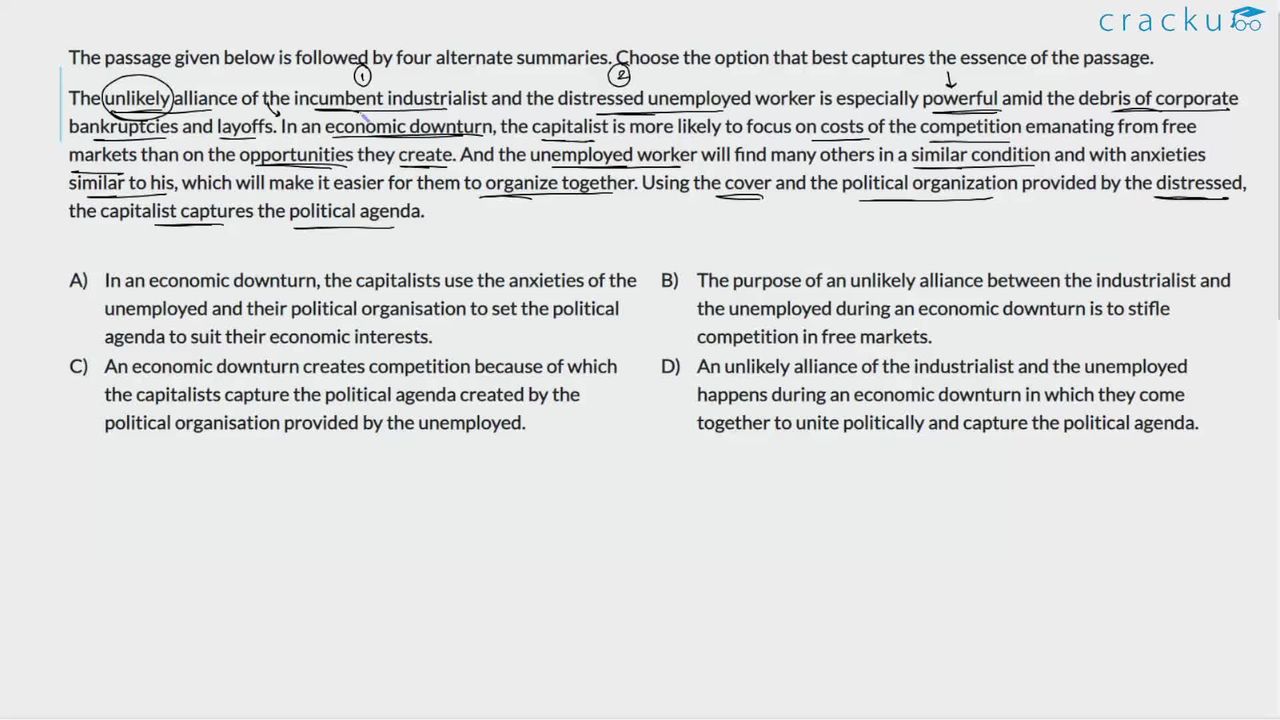