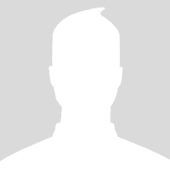 He took a careful survey of crop yields and prices cultivated for a 10-year period 1570-1580. On this basis, the tax was fixed on each crop in cash. Each province was divided into revenue circles with their own rates of revenue and a schedule of individual crops. This system was prevalent where the Mughal administration could survey the land and keep careful accounts. For the revenue system, Akbar's territory was divided into 15 Subahs, which were further subdivided into a total of 187 Sarkars across 15 subahs, and those 197 sarkars (sirkar) were further subdivided into a total of 3367 Mahals.