M, N, P, Q, S & T are six members of a group in which there are three female members. Females work in three departments - Accounts, Administration and Personnel and sit on three different floors - 1st , 2nd and 3rd. Persons working in the same department are not on the same floor.

1. which of the following groups of persons are females - SQT, QMT, QPT ?

2. which of the following pairs of persons work in Administration - QP, QN, SP ?

3. T works in which department ?

We solved this question, check it below 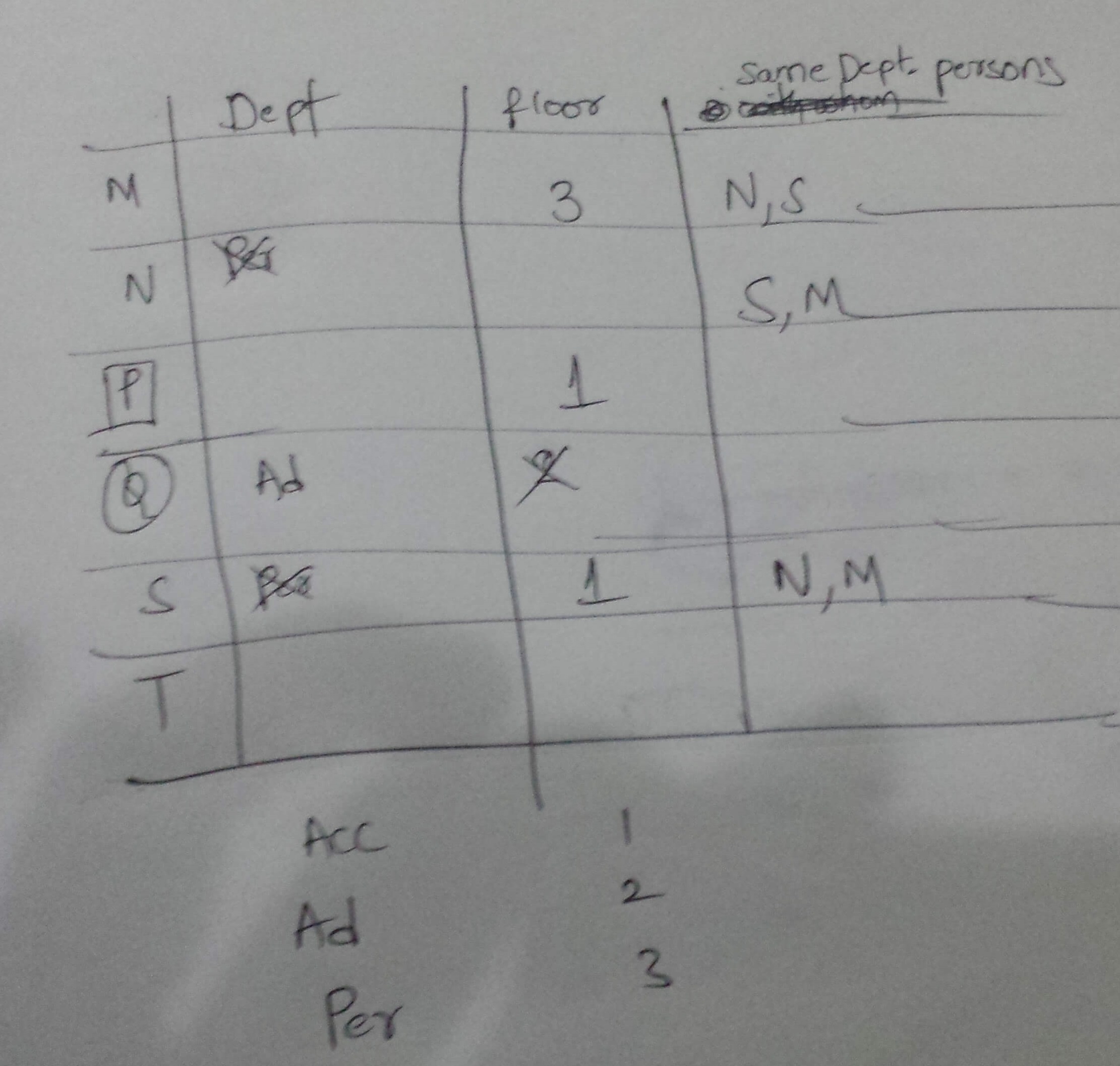 After apply given principles 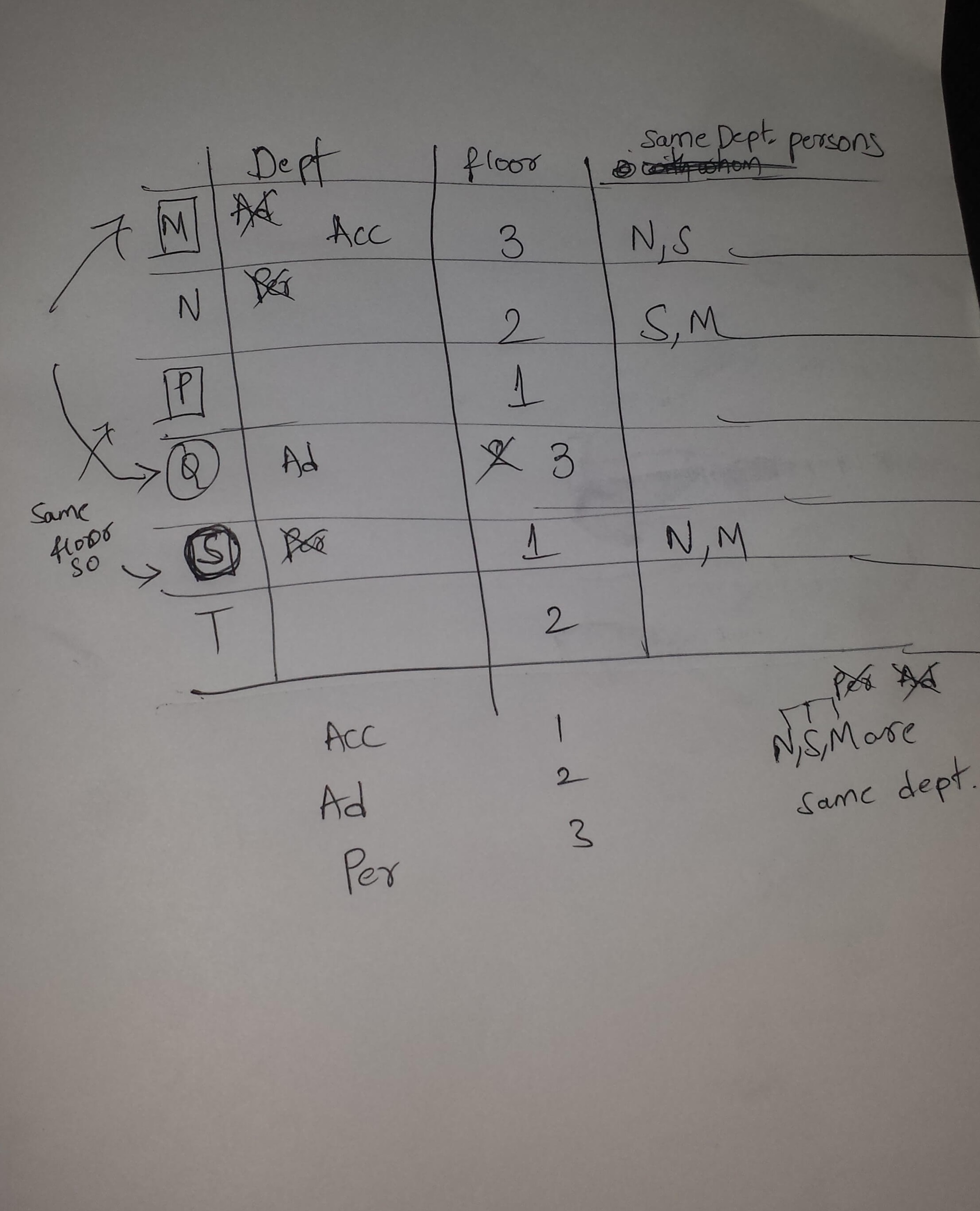 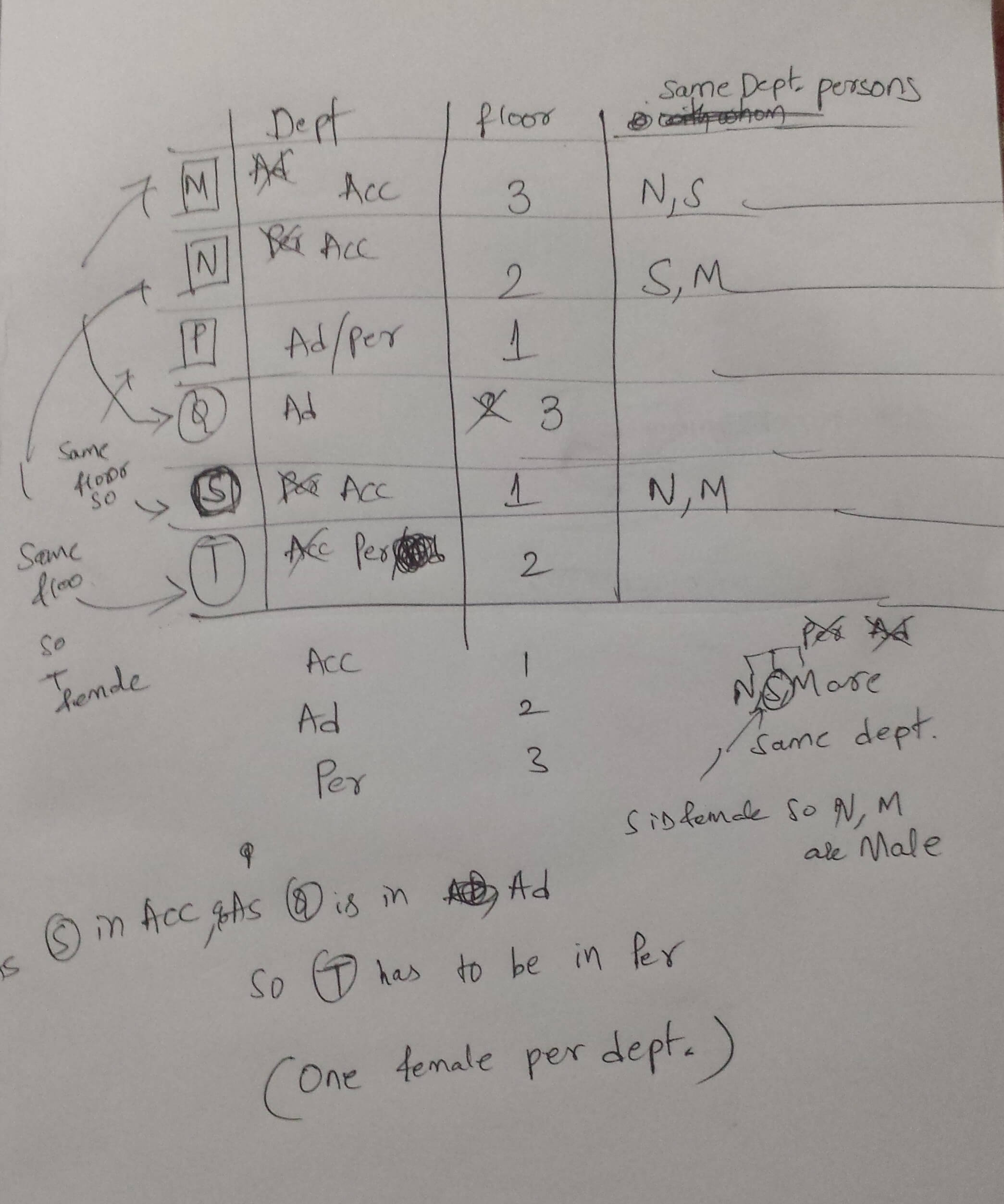 Hope you will try it and get the answers