Which player scored points in maximum number of rounds?


From the condition given in the premise, we can make the following table:

The information known about Rounds 1 through 6:
1. Gordon(G) did not score consecutively in any two rounds.
2. Eric(E) and Fatima(F) both scored in a round.

By observing the table:

5. Gordon(G- 7,7,3 ) did not score consecutively in any two rounds so it scored in 2nd, 4th and 6th rounds respectively.

We can make the following table from the details given in the question.

1. Only two players scored in three consecutive rounds. One of them was Chen. So He scored 1 point in the rounds 8th, 9th and 10th.

We can make the following table: 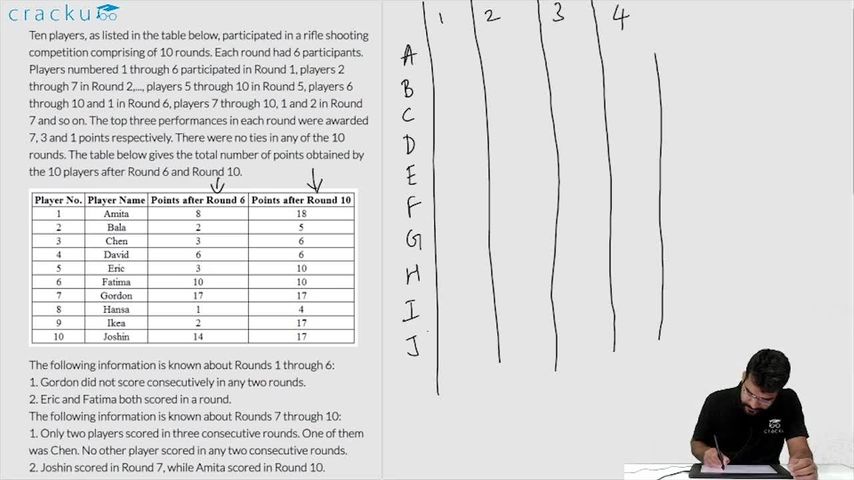