The RRB (Railway Recruitment board) is conducting exam for the recruitment of the Assistant Loco Pilots and Technicians in Indian Railways. Total vacancies are 26502 for this railway jobs (RRB ALP and RRB Technician).

These RRB Mock test for Loco pilot are significant for RRB ALP preparation, as these mock test will serve as best sample papers to understand the level of railway ALP 2018 exam.

You can take RRB ALP online test in Hindi or English language, as we are providing bilingual test (English/Hindi). You have to select the language, when you are about to give the test of each mock independently.

Practice all the RRB ALP mocks in and practice again the questions that you find hard in the mock test. Try to increase speed and accuracy while taking mocks. The choice of question selection is very important for this RRB ALP & Technician exam. So try to enroll now for this best online test series for RRB Loco pilot and techincian exam and begin now. 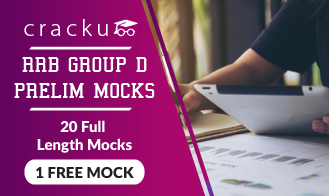