The SSC (Staff selection commission) scheduled CHSL (Combined Higher level) exam to be conducted for the recruitment of the posts of Postal Assistant, Lower Divisional Clerk (LDC) and Data Entry Operator (DEO) to 12 to 27 April 2021 (From 20th April 2021 Exams are postponed due to covid) It is now scheduled from August 4th to 12th 2021. Start your preparation with a free mock test for SSC CHSL Tier-1 2020-21 exam.

How will this SSC CHSL mock test will be helpful to you?

You can experience the SSC CHSL exam before the actual exam with the all India level SSC CHSL mock test papers, as all these online tests made by the experts considering the difficulty, exam pattern and interface.

What will I learn after giving these mocks?

After submission of the SSC CHSL online test, you will get the All India Rank, score and solutions. By this, you will know where to stand among other serious aspirants and what you need to improve.

SSC CHSL free mock test is available to take the test after verification, and for more mock tests, you can enroll on the SSC CHSL Tier-1 Mock series. You will get access to 24 more Full-length SSC CHSL Online Tests.

We are providing Bilingual mock series for SSC CHSL. So, the mock tests can be taken in either of the languages (Hindi or English). The language can be selected while starting each of the SSC CHSL mock and solutions will also be available in that language. 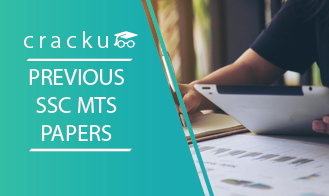