Question 1: When was RTI act enacted in India?

Question 3: Which of the following High Courts exercises Jurisdiction over Andaman and Nicobar islands?

Question 4: Who appoints the Attorney General of India?

a) President of India

Question 5: Which article of the Indian Constitution directs the State Government to form a Village Panchayat ?

Question 6: Which article of India constitution provides for election commission?

Question 7: Who chairs the session of the Rajya Sabha?

b) President of India

d) Speaker of the Parliament

Question 8: The post of collector in india was created in:

Question 9: Who was the last deputy chairman of Planning Commission?

Question 10: Project Tiger was launched in-

Question 11: Fascism believes in the application of the principle of :

Question 12: The Sindhi language was included in the Eight Schedule of the Indian constitution in which constitutional amendment?

a) Rule by few

b) Rule by King

c) Absolute rule by one

d) Rule by the representatives of the People

Question 15: The Finance Commission in India is constituted by the ……. under article 280 of the Constitution.

Question 16: How many members are nominated by the President in Lok Sabha in India ?

Question 17: After J. L. Nehru who amongst the following was/is the other Prime Minister who completed his/her first term and immediately came for the second term ?

Question 18: The present salary of the President of the India is ?

Question 19: Fundamental Rights are enshrined in the Constitution of India in ?

Question 20: What is the special initiative launched by the centre to protect children’s right in the areas affected by armed conflict such as Naval districts through local youth volunteers or child defenders called ?

Question 21: Which of the following persons was an acting Prime Minister of India?

Question 22: The system of reserving seats for Dalits in state legislative assemblies was signed by Mahatma Gandhi in 1932 under which pact?

Question 23: Which Indian freedom fighter is known for the words, “Swarajya is my birthright and I shall have it”?

Question 24: Who is the chairman of Rajya Sabha?

Question 25: The governor of the state is appointed by ?

Question 26: Who is the ex-officio chairman of rajya sabha?

Question 27: How many members are nominated by the president in the Rajya Sabha?

Question 29: The Constitution of India, describes India as :

Question 30: ‘Democratic Centralism’ is an important feature of a :

Question 31: Which of the following was put into orbit by the ISRO for the first time in the microwave band ?

Question 32: As per the Mudra Scheme launched by government of India, what is the name of the category of loans that can be availed by Micro units between 05 Lakhs – 10 Lakhs?

Question 33: How much amount has been earmarked in the recent budget for the National Nutrition Mission?

a) Emergency provisions in India

d) Salaries and allowance of High court and Supreme court

Question 35: ‘Temporary, Transitional and special provisions’ is dealt by which article in constitution of India?

Question 36: Department of Internal security comes under which ministry?

a) Ministry of defense

b) Ministry of External Affairs

Question 37: Ministry of Rural Development has recently launched _____ and a magazine Panchayat Darpan to monitor progress and implementation of Sansad Adarsh Gram Yojana.

a) The opinion of the majority

b) The opinion of the people on political matters

c) Opinion of the citizens of the country

Question 39: In India the largest single item of current government expenditure is

b) Interest payment of debt

Question 40: The appointment of the governor of a state is incorporated in which article of Indian constitution?

Question 41: The term of the Governor of a state is

Question 42: Who was the Last Governor- General of India?

Question 43: ______________ scheme was launched by the Central Government to create awareness about the cleanliness of the children.

Question 44: who is in charge of the office if both President and Vice President resigns?

a) Chief Justice of india

Question 45: Who among the following is the Chief Legal Advisor to the Government of India?

a) Chief Justice of India

b) Attorney General of India

Question 46: The Planning Commission was set up by the GovernmentofIndia in the year:

Question 47: _____________ means cases that can be directly considered by the Supreme Court without going to the lower courts before that.

Question 48: Women and Child Development Minister Smriti Zubin Irani is a member of the Lok Sabha representing which of the following states ?

Question 50: In India, what is the minimum permissible age for employment in a factory ?

Question 51: ________ means that the President of India can refer any matter that is of public importance or that which involves interpretation of Constitution to Supreme Court for advice.

Question 52: The recently re-launched ‘Varishtha Pension Bima Yoj ana’ administered by the LIC will be available from August 15, 2014 to…………………..

Question 54: Indian Constitution has given some liberties to its citizens. Which of the following is NOT TRUE about it. Citizen is free to the liberty of –

a) his expression and speech

b) to gather peacefully without arms

e) to form associations or unions

Question 55: Which of the following Articles of the Constitution of India deals with the Power Privileges and Immunities of Parliament and its Members?

Question 56: Which of the following leaders was the First Speaker of Lok Sabha?

b) A Rukmini Devi

Question 57: Which article of the constitution abolishes untouchability?

Question 58: Chief Justice of the Supreme Court is appointed by the

a) Speaker of the Lok Sabha

b) Chairman of the Rajya Sabha

Question 60: Which one of the following come under reserved subjects?

Question 61: Green revolution is initiated in which five year plan in India?

Question 62: How many high courts are there in India?

Question 63: The maximum strength of Rajya Sabha is?

Question 64: How many lok sabha seats are there for Mizoram?

Question 65: What is the tenure of members of election commission of India?

Question 66: Which schedule of the constitution has to be amended for the formation of a new state?

Question 67: Who among the following can remove governor of a state from his office?

Question 68: What is the minimum age of holding office in Lok Sabha?

Question 69: How many representatives can be appointed by the president of India in Rajya Sabha?

Question 70: Supreme court of India came into force on which year?

a) Principal Secretary to the PM

b) Director of public Prosecutions

Question 72: Which of the following is/are commodity/ies on which subsidy is given to farmers/poor in India?
A) Fertilizer B) Kerosene C) LPG

Question 73: The maximum number of members that a president can nominate in Rajya Sabha is?

Question 74: Which article in the constitution of India prohibits the employment of children below the age of 14 in any factory?

Question 75: The Lok Sabha Elections are held in how many phases?

Question 76: Which one of the following is not an organ of the Government?

Question 77: Expand JAM Trinity, the initiative by the GOI to plug the leakages of government subsidies

Question 78: Swachh Bharat Abhiyan was launched by the governmentof India on the birth anniversary of:

Question 79: As a rough estimate the farm sector provides livelihood to how many families in India ? Approximately—

Question 80: Who was removed as the Minister of Information and Broadcasting when emergency was imposed in India in 1975?

Question 81: Which among the following organizations of India, imposed a penalty of Rs. 1 crore on Google for failing to provide information related to an investigation into its alleged unfair trade practices in India?

Question 82: Who among the following also presides the sessions of the Rajya Sabha as its Chairman/Person ?

d) Leader of opposition in the Rajya Sabha

Question 83: Who is the governor of Jammu and Kashmir?

Question 84: Who is the present chief election commissioner of India?

Question 85: As per the newspaper reports, the Govt of India has finally agreed to purchase advanced MRMRs for its Naval Forces. What are these MRMRs ?

Question 86: Which of the following countries has agreed to accept the payment of export of oil and petroleum products to India, in terms of rupee instead of dollar or any other currency ?

Question 87: Federalism is a system of government in which the powers is …….. between a central authority and various constituent units of the country.

Question 88: The number of officially recognized languages according to the Eight Schedule of the Indian Constitution is.

Question 89: The Govt of India has decided to build a Nuclear Power plant in which of the following North-Eastern States ?

Question 90: Which act introduced principle of elections to the legislative council?

Question 92: Who is the 25th Governor of Reserve Bank of India(RBI)?

Question 93: The Constitution of India came into force on 26 January 1950. Which act or governing document did it replace?

Question 94: Total Gross National Product Divided by the total population is known as which of the following in economics ?

Question 95: India recently signed a Multilateral Convention on Mutual Administrative Assistance in Tax Matters.
This will help India in having a strict check on which of the following issues

a) Nuclear safety of its plants

b) Illegal supply of narcotics and drugs

Question 96: Which of the following countries in India’s neighbourhood is facing charges of violation of human rights of Tamilians living there ?

Question 97: Constituent Assembly of India was formulated on the recommendation of

Question 98: How many schedules are there in the Indian Constitution?

Question 99: Who among the following is from Trinamool Congress party ?

Question 100: Who said, “A state is known by the rights that it maintains” ?

Mukul Rohatgi is the 14th and current Attorney General of India. Who was appointed by the Narendra Modi-led NDA Government the 2014 General Elections.

The Competition Commission of India has fined Google Rs. 1 crore for failure to comply with the directions given by Director General seeking information and documents. CCI’s current chairman is Ashok Chawla.
Choice a

91) Answer: Special Status to the state of Jammu and Kashmir

We hope this Polity Questions for SSC CPO Exam will be highly useful for your preparation. 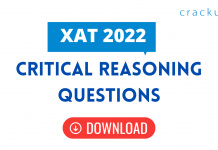 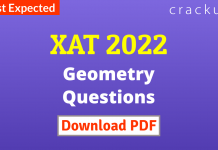 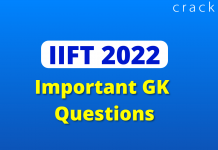