Interesting Facts about the Statue Of Unity PDF:

Download Interesting Facts About The Statue Of Unity PDF

Interesting Facts about the Statue Of Unity: 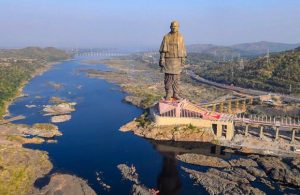 1.Statue Of Unity was announced by Narendra Modi on 7th October 2010 when he was serving as the Chief Minister Of Gujarat.

2.The Statue of Unity is the statute of Sardar Vallabhai Patel (1875 – 1950) located in the Narmada district of Gujarat on an island named Sadhu Bet facing the Sardar Sarovar Dam.

3.It was dedicated to the nation by the Prime Minister Narendra Modi on 31st October, 2018 i.e, the 143rd birth anniversary of Sardar Vallabhai Patel, the first deputy prime minister of country.

4.It is the tallest statue in the world at a height of 182m, taller than the China’s Spring temple Buddha Statue by 29m & double the height of the Statue of Liberty.

5.The construction, a Public Private Partnership Project was started on 31 October 2014 and completed in mid-October 2018.It took three-and-a-half years to construct the statute of Unity by 3,000 workers, including 300 engineers from infrastructure major Larsen & Toubro (L&T), who received the contract  for Rs.2989crore in 2014.

6.The statue can withstand wind velocity up to 60 m/s, vibration and earthquakes.

7.The Sardar Vallabhbhai Patel Rashtriya Ekta Trust (SVPRET), a special purpose vehicle was set up by Modi in 2011 for the construction of Statue of Unity .

8.The Statue of Unity Movement , supporting the construction arranged 5000 tonnes of iron from nearly 100 million farmers to construct the base of the statue in the ‘Loha’ campaign.

9.The Statue of Unity Movement organised a Suraaj  petition that was signed by 20 million people. It was the world’s largest petition signed for the construction of Staute of Unity.

10.The Statue of Unity was built by Padma Bhushan recipient sculptor Ram V Sutar and the bronze cladding work was done by a Chinese company, the Jiangxi Toqine Company (JTQ).

12.The statue is a three-layered structure. The innermost layer is made of reinforced cement concrete (RCC), comprising two towers 127 metres high that rise till the statue’s chest. The second layer is a steel structure and the third an 8 mm bronze cladding on the surface.

13.The Reinforced Cement Concrete towers, which at the bottom form Patel’s dhoti-clad legs, have two lifts each. Each lift can carry 26 people to the top in just above half a minute.

14.The viewing gallery for the statue, at 153 metres, can accommodate 200 people at a time and offer an expansive view of the Sardar Sarovar Dam. 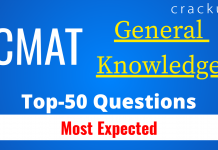 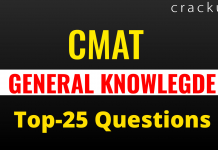