This SSC 10+2 exam recruitment notification was released for the posts of Lower Divisional Clerk (LDC)/ Junior Secretariat Assistant, Postal Assistant/ Sorting Assistant and Data Entry Operator to work in the Different Ministries of Union Government and their Subordinate offices.

The number of Vacancies are not mentioned in the official notification and is mentioned it will be notified later.

Candidates can go through SSC CHSL 2019 Expected Cut Off to know the cut off for the year 2019.

The minimum age limit is required to be eligible for SSC CHSL is given below:

Age relaxation is applicable for candidates from different categories as follows:

The candidates applying for SSC CHSL Exam must pass 12th Standard or Intermediate or equivalent exam from recognized Board or University.

Candidates can pay application fee either through BHIM UPI, SBI Bank Challan (challan can be downloaded, printed & submitted at any CBS branch of SBI) or Net Banking.

Application Fee is exempted for Female Candidates and all reserved category candidates.

The questions will be set both in English & Hindi for Part-II, III & IV

You can apply online for SSC CHSL 2019 exam now as the online application procedure has started.

We hope that this SSC CHSL Notification, exam pattern, eligibility, exam dates details were helpful to you. 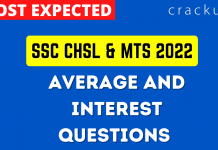 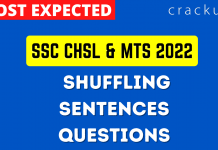 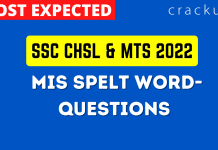