Question 2: Which of the following economic concept is categorized on the basis of Current Account or Capital Account or both ?

a) Balance of payment

b) Value of the foodgrain stock of a country

e) Total collection of Direct Taxes in a year

Question 3: Which of the following statements about the Growth of Indian Economy in 2009-10 or the part of it, is correct ?

a) Economy grew by 5.8 percent during the period of January-March 2009.

b) India’s growth estimates prepared by the Reserve Bank of India (RBI) say that the growth would be in the band of 8:5 to 10.0 percent during the year 2009-10.

c) The most promising growth of about 6 to 7.5% would be in the agriculture sector which contribute around 60-70 percent in the total GDP of India.

d) Service sector which is a stronghold of the economy is also likely to grow at the rate of 13% during the year.

e) All statements are correct.

Most Important GK Questions on Rivers Of India for Competitive Exams

Question 4: After the latest global slowdown and financial crisis, a debate is going on, on “Dollar Hegemony”. ‘What does it really mean ? In simple terms
(A)it is the trade practice prevalent all over the world in which USA provides dollars and the rest of the world manufactures the commodities which dollars can purchase.
(B) it is the situation in which all the nations are forcefully required to evaluate their local currencies against the value of the dollars. Hence countries are forced to keep as many dollars as they can to operate safely in global markets.
(C) now economists all over the world are trying to nd out a solution to come out of this dollar trap as this hegemony prevents exporting nations from spending domestically the dollars they have earned from USA.

Question 5: As we all know managing inflation has been a very important aspect of the economy in India. Which of the following is/are true about the inflation and its effect on economy ?
(A) Lack of inflation (deflation) is not necessarily a thing which is always good.
(B) Inflation is an Increase In the general level of prices for goods and services.
(C) When inflation goes up, the purchasing power of the money also goes up.

Question 6: Which of the following is the correct definition of the term National Income ?
(A) National Income means the total amount of money Govt. earns only through direct tax collections. every year.
(B)It is the total value of all sorts of stocks held by a country at a particular point of time.
(C) This is the measure of the volume of commodities and services turned out during a given period counted without duplication.

Question 7: One of the key factors that provide impetus 10 strong growth is Interest Rates. How do interest rates contribute to the growth of economy particularly when these are lowered down ?
(A) It gives corporations the opportunity to prepay high cost debts and replace them with fresh funds raised at lower rates.
(B) Banks use this opportunity to maximize pro ts on their treasury operations and these excess pro ts are used to clean their Balance Sheets by making higher provisions for NPAs or sticky loans.
(C)The Govt. also gets benefited as it can borrow funds from open market at low interest rates and bridge its fiscal deficit.

a) The gap between projected or estimated GDP and actual GDP

c) The gap between the actual borrowings of the Govt. of India and the expected expenditure for which provision is made in the budget

Question 9: An argument amongst the economists all over the world is going on, on the issue of imposing special taxes on goods and services whose prices do not reflect the true social cost of their consumption, for example, tax on polluting environment. Which of the following are the other examples of such taxes ?
(A) Duties on cigarettes
(B) Duties on alcohol
(C) Tax on gambling and lotteries
(D) Airport Tax

Question 10: Which of the following is/are correct statements as per the “World Bank’s Report on Global Economy” ?
(A) The report says that India’ growth rate will swing back to 8 percent in 2010 and move to 8.5 percent in 2011
(B) Global growth will be even worse than what we saw earlier. There may be 2.9 percent contraction in 2009
(C) Report says that Brazil and China will emerge as two fastest developing economies of the world in 2011 and 2012. India may be lagging behind as its infrastructure development is very slow and inappropriate.

Question 11: As we all know India’s one of the major Imports is oil and petroleum. Out of the total consumption of the oil and petroleum, how much is consumed by the transport sector ? About

Question 12: Specially Developed Economic Zones (SEZs) in India where some of the economic laws and restrictions of the land are relaxed with the purpose of giving incentives to investors are commonly known as

Question 13: Stock market indexes traditionally served as a benchmark to measure the performance of which of the following types of. portfolios of the investors/promoters ?

e) All of these

Question 14: Which of the following is the name of the organisation, created to provide full employment and self – reliance to the women folk in India ?

Question 15: Many a times we come across a term ‘DDT’ in the nancial/ economic transactions. What is the full form of the same ?

a) Forward Trading of agro products

Question 17: Which of the following is/are NOT the part of the annual Global Employment Trends report of the International Labour Organisation released in January 2008 ?
(A) Economic turbulence throughout the world owing to credit market turmoil and rising oil prices could spur an increase in global unemployment in the year 2008.
(B) The report mentions that the service sector, which used to provide jobs to about 43% people has lost its craze as its percentage has come down to 36% only.
(C) Agriculture has again become the major employment-generating sector as its share during 2007 was 58% globally.

Question 18: Which of the following is/are NOT the part(s) of the Union Budget 2008-09 presented in the Lok Sabha in February 2008 ?
(A) Defense allocation is increased by 10% to reach more than Rs. 1,00,000 crore.
(B) National Rural Employment Guarantee Act is extended to all the rural districts.
(C) Debt waiver scheme launched to help all farmers irrespective of their land holdings.

Question 19: In the Union Budget 2008-09 the Government has provided a huge amount to help agricultural sector. What in fact is/are the problem(s) of the farmers owing to which they are in crisis ?
(A) Agriculture in most part of the country is based on rains, which has become highly erratic and irregular since last few years.
(B) Mos of the farmers are using genetically modi ed crops in some regions. These crops are not so productive as they were supposed to be.
(C) The input costs are relatively high due to purchase of fertiliser and pesticides.

Question 20: Which of the following is considered an Annual Indicator of the Economy of the country ?
(A) Actual Rainfall
(B) Population
(C) Whole sale price index 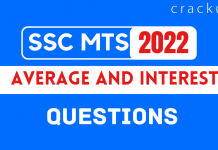 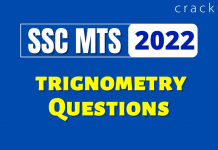 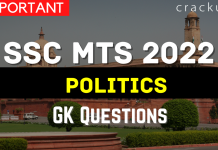