Instructions We have planned development with a view to raising the standard of living of our teeming millions. Hence our economic development is inspired by social justice.

Question 1: Which of the following will weaken the argument?
a) Without the economic development standard of living cannot be raised.
b) Social justice implies economic prosperity.
c) Development cannot be planned.
d) None of these.

Instructions It is sometimes mooted that there can be democracy in a two-party system. That would be correct if politics were a game like cricket or football, but politics is not sports.

Question 2: Which of the following would strengthen the argument?
a) The two-party system functions well
b) Politics is a dirty game.
c) Two political parties limit the choice of the voters.
d) None of these.

Question 3: The company encourages its managers to interact regularly, without a pre-set agenda, to discuss issues concerning the company and society. This idea has been borrowed from the ancient Indian concept of the religious congregation, called Satsang. Designations are forgotten during these meetings; hence, it is not uncommon in these meetings to find a sales engineer questioning the CEO on some corporate policy or his knowledge of customers. Based on the information provided in the above passage, it can be inferred that
a) the company is concerned about its reputation with its employees.
b) the company believes in fostering the spirit of dialogue without degenerating it into a positioning based debate.
c) the company had some inter-personnel problems in the past due to which it felt the need for these corporate satsangs.
d) All of these

Question 4: Where the film Bombay loses out is where every commercial film congenitally goes awry — becoming too simplistic to address serious issues and failing to translate real-life to reel. Which of the following can be inferred from the above line?
a) The film’s director aimed at recreating real life on the silver screen.
b) The film was too simplistic for the audience’s taste.
c) The film was successful in spite of its shortcomings.
d) None of these

Question 5: According to McNeill, a Brahmin priest was expected to be able to recite at least one of the Vedas. The practice was essential for several centuries when the Vedas had not yet been written down. It must have had a selective effect since priests would have been recruited from those able or willing to memorize long passages. It must have helped in the dissemination of the work since a memorized passage can be duplicated many times. Which one of the following can be inferred from the above passage?
a) Reciting the Vedas was a Brahmin’s obligation.
b) The Vedic priest was like a recorded audio cassette.
c) McNeill studied the behavior of Brahmin priests.
d) Vedic hymns had not been scripted.

Question 6: The company’s coffee crop for 1998-99 totaled 8079 tonnes, an all-time record. The increase over the previous year’s production of 5830 tonnes was 38.58%. The previous highest crop was 6089 tonnes in 1970-71. The company had fixed a target of 8000 tonnes to be realized by the year 2000-01, and this has been achieved two years earlier, thanks to the emphasis laid on the key areas of irrigation, replacement of unproductive coffee bushes, intensive refilling, and improved agricultural practices. It is now our endeavor to reach the target of 10000 tonnes in the year 2001-02. Which one of the following would contribute most to making the target of 10000 tonnes in 2001-02 unrealistic?
a) The potential of the productivity-enhancing measures implemented up to now has been exhausted.
b) The total company land under coffee has remained constant since 1969 when an estate in the Nilgiri Hills was acquired.
c) The sensitivity of the crop to climatic factors makes predictions about production uncertain.
d) The target-setting procedures in the company have been proved to be sound by the achievement of the 8000-tonne target.

Question 7: Widespread use of lectures in classrooms in business schools leads to severe negative consequences. The first consequence is theoretically knowledgeable graduates who cannot apply theory to solve real-world problems. The more serious consequence is that lectures encourage a feeling of total omniscience among them which persists for quite some time after graduating. This feeling prevents “them from learning from their subordinates and colleagues.
Which of the following can best help to reduce these negative consequences among the students in a business school?
a) Use illustrations of real-life problems in classrooms.
b) Send the students to find business problems so that it can be discussed in classrooms.
c) Business education to be given to students, who have work experience.
d) Modify the pedagogy to have knowledge of theory and application in parallel.
e) Removing theoretical inputs from the curriculum altogether; only practical problems to be discussed in classrooms.

Question 8: “Assumptions are analogous to the basic ingredients in a gourmet recipe. Only the final product of the recipe dictates whether the ingredients suffice………”
Which of the following is ANALOGOUS to the statement above?
a) Good wine needs no advertisement!
b) The apple never falls far from the tree!
c) All is well that ends well!
d) As you sow, so shall you reap!
e) The proof of the pudding is in the eating!

Question 9: … there is a degree of convergence in the definition of trust which can be summarized as follows: Trust is a particular level of the subjective probability with which an agent assesses that another agent or group of agents will perform a particular action. When we say we trust someone or that someone is trustworthy, we implicitly mean that the probability that he will perform an action that is beneficial to us….
Which of the following statement does BEST complete the passage above?
a) is high enough for us to find out if he will cheat us.
b) is high enough for us to consider engaging in some form of cooperation with him
c) is low enough for him not to engage in negative behavior against us.
d) is high enough for us not to build defenses against his possible aggression.
e) is low enough for us to attack him.

1) Answer (C)
According to the premise, the raising of the standards of living of our teeming millions (social justice) is done by planning economic development. But, if the development cannot be planned, then the argument will be weakened. Option c) is the correct answer.

2) Answer (C)
In this paragraph, the author compares the politics with the game like cricket or football and wants to conclude there can be no democracy in 2 party system. Option C strengthens the fact as if it was true then the two-party system in a democracy would not be good as it limits the choice of voters.

3) Answer (B)
From the argument, we understand the following points: 1. The company is trying to instill the spirit of dialogue in its employees. 2. This dialogue is agnostic of the position or title of the employee.
So, we can infer that the company believes in fostering the spirit of dialogue without degenerating it into a positioning based debate. Option B is the correct answer.
In option C, there is an assumption that the company had some inter-personal problems in the past. However, there is no such information in the passage from which we can infer the assumption. Also, we have to choose the answer according to the contents of the given paragraph. Therefore, option C is incorrect.

4) Answer (D)
Option a) is incorrect because ‘translating from real life to reel’ is the opinion of the author of the paragraph and not necessarily the opinion of the director. Similarly, option b) also cannot be inferred. There is nothing in the paragraph from which we can infer whether the movie was a success or a failure. Option d) is the correct answer.

5) Answer (B)
The paragraph states that a memorized passage could be duplicated multiple times. Thus, we can infer that a Vedic priest’s memory was as reliable as an audiotape. Thus, option B can be inferred from the paragraph.

6) Answer (A)
The main conclusion of the paragraph is that the company can continue to improve its coffee yield as it has done in the past. The underlying assumption is that the techniques used by them to improve the yield in the past would continue working in the future. Option A refutes this assumption and hence does most to weaken the argument.

7) Answer (D)
The negative consequences are due to the fact that the theory learned in the classroom cannot be applied in the real-life situation by the students. To cope with this situation, the classrooms should teach how to apply theoretical knowledge in the practical domain. Option D is the most relevant.

8) Answer (E)
It can be inferred from the given line that assumptions are analogous to ingredients in a recipe. Only the taste of the final food can tell whether the ingredients were appropriate or not. Option E is the most relevant.
Hence, option E is the correct answer.

We hope this Critical Reasoning  Questions PDF for XAT with Solutions will be helpful to you. 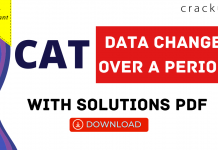 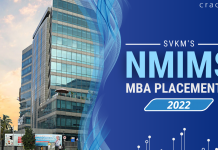 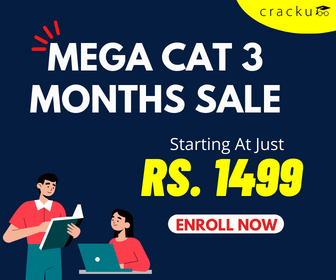