Directions : Choose the word/group of words which is most opposite in meaning to the word / group of words printed in bold as used in the passage.

When times are hard, doomsayers are aplenty. The problem is that if you listen to them too carefully, you tend to overlook the most obvious signs of change. 2011 was a bad year. Can 2012 be any worse? Doomsday forecasts are the easiest to make these days. So let’s try a contrarian’s forecast instead. Let’s start with the global economy. We have seen a steady flow of good news from the US. The employment situation seems to be improving rapidly and consumer sentiment, reflected in retail expenditures on discretionary items like electronics and clothes, has picked up. If these trends sustain, the US might post better growth numbers for 2012 than the 1.5 – 1.8 percent being forecast currently. Japan is likely to pull out of a recession in 2012 as post-earthquake reconstruction efforts gather momentum and the fiscal stimulus announced in 2011 begin to pay off. The consensus estimate for growth in Japan is a respectable 2 percent for 2012. The “hard landing’ scenario for China remains and will remain a myth. Growth might decelerate further from the 9 percent that is expected to clock in 2011 but is unlikely to drop below 8 – 8.5 percent in 2012. Europe is certainly in a spot of trouble. It is perhaps already in recession and for 2012 it is likely to post mildly negative growth. The risk of implosion has dwindled over the last few months- peripheral economies like Greece, Italy and Spain have new governments in place and have made progress towards genuine economic reform. Even with some these positive factors in place, we have to accept the fact that global growth in 2012 will be tepid. But there is a flipside to this. Softer growth means lower demand for commodities, and this is likely to drive a correction in commodity prices. Lower commodity inflation will enable emerging market central banks to reverse their monetary stance. China, for instance, has already reversed its stance and have pared its reserve ratio twice. The RBI also seems poised for a reversal in its rate cycle as headline inflation seems well one its way to its target of 7 percent for March 2012. That said, oil might be an exception to the general trend in commodities. Rising geopolitical tensions, particularly the continuing face-off between Iran and the US, might lead to a spurt in prices. It might make sense for our oil companies to hedge this risk instead of buying oil in the spot market. As inflation fears abate, and emerging market central banks begin to cut rates, two things could happen. Lower commodity inflation would mean lower interest rates and better credit availability. This could set the floor to growth and slowly reverse the business cycle within these economies. Second, as the fear of untamed, runaway inflation in these economies abates, the global investor’s comfort levels with their markets will increase. Which of the emerging markets will outperform and who will leave behind? In an environment in which global growth is likely to be weak, economies like India that have a powerful domestic consumption dynamic should lead; those dependent on exports should, prima facie, fall behind. Specifically for India, a fall in the exchange rate could not have come at a better time. It will help Indian exporters gain market share even if global trade remains depressed. More importantly, it could lead to massive import substitution that favours domestic producers.

Let’s now focus on India and start with a caveat. It is important not to confuse a short run cyclical dip with a permanent derating of its long-term structural potential.
The arithmetic is simple. Our growth rate can be in the range of 7-10 percent depending on policy action. Ten percent if we get everything right, 7 percent if we get it all wrong. Which policies and reforms are critical to taking us to our 10 percent potential? In judging this, let’s again be careful. Let’s not go by the laundry list of reforms that FIIs like to wave: The increase in foreign equity limits in foreign shareholding, greater voting rights for institutional shareholders in banks, FDI in retail, etc. These can have an impact only at the margin. We need not bend over backwards to appease the FIIs through these reforms they will invest in our markets when momentum picks up and will be the first to exit when the momentum flags, reforms or not.
The reforms that we need are the ones that can actually raise our sustainable longterm growth rate. These have to come in areas like better targeting of subsidies, making projects in infrastructure viable so that they draw capital, raising the productivity of agriculture, improving healthcare and education, bringing the parallel economy under the tax net, implementing fundamental reforms in taxation like GST and the direct tax code and finally easing the myriad rules and regulations that make doing business in India such a nightmare. A number of these things do not require new legislation and can be done through executive order.

InstructionsDirections : Below is given a single word with its meaning in different contexts as options. You have to select all those options which are synonyms of the word when the context is changed. Select the correct alternative from (A), (B), (C), (D) and (E) which represents all those synonyms.

Read the following passage and answer the questions that follow. Certain words and phrases are printed in bold to help you locate them while answering some of the questions:
After a stringent regime of autarky and command and control economy, from 1956 to 1975, India started on a slow path of reintegration into the world economy, albeit in a nascent form. Empirical comparison of the period before and after liberalization demonstrates that, instead of economic stagnation, India achieved a marked acceleration in economic growth after liberalization. Indeed, India broke the barrier of stagnation that had been the lot of the country before globalization. India’s rate of growth from 1975 to 2007 has been over 5.5 percent, compared to the derisively termed “Hindu” rate of growth of 3.4 percent over the period 1956 to 1975, and especially to the pathetic 2.6
Percent over the decade prior to the nascent liberalization in 1975. In the dozen years from 1995 to 2007 the growth rate has been over 6.5 percent; during the last four years India has sustained an unprecedented average growth rate of over 8 percent.
It is difficult to exaggerate this accomplishment in growth acceleration. It has provided additional resources not only for investment in human capital but also for expenditures on the social sectors and poverty alleviation. Besides, the economic dynamism associated with this growth has imparted a self-confidence for successfully building a consolidated nation-state. It has indeed transformed a country that had been mocked as “the sick man of Asia” – an inveterate supplicant for foreign aid – into a credible contender for a major role in the balance of power in Asia. Similarly, far from the specter of deindustrialization held out by critics, foreign imports have not swamped Indian industry after tariffs were lowered as part of India’s reintegration into the world economy. Rather, Indian industry has grown at a higher rate than it had prior to liberalization of the economy. The growth rate of manufacturing has been around 6.5 percent since 1975 and close to 7 percent during the dozen years up to 2006.

Question 9: Select the word that is MOST OPPOSITE to the given word, as used in the passage: Acceleration

Question 10: Select the word that is MOST OPPOSITE to the given word, as used in the passage: EXAGGERATE

Myriad means “a wide variety of”. The opposite of myriad is “few”. Hence option (c) is the correct option.

Tepid means low. The opposite of tepid is high. Hence option (b) is the right option.

Myth means false belief. The opposite of myth is reality. Hence, option A is the right option.

Of the various options given only toil is he synonym of labour. The other words are not applicable in any context

Average is not a synonym of Mean in any situation. All other options are synonyms of Mean in some cases

All the four options can be used as synonyms of Mask in various contexts. Hence the answer  is (E).

Only A and C is the correct option to be used in the situation. The other options are not appropriate in the given context. Hence the answer is (B).

“Acceleration” means the speeding up of something. The antonym is “deceleration” or slackening. “Digression” is to move away from something and is not related to the headword. Choice a

Superfluous and surplus means the same.

Appalling means horrifying and shocking which is similar to astonishing.

Torture means to inflict severe pain on somebody.

Excruciate means to torture someone physically or mentally.

Imprison means to keep someone in prison.

Extract means to take out something by using effort.

Tortue and Excruciate means the same.

Pertinent means to be relevant.

Impolite means to be rude

Irrelevant is opposite to pertinent

Insecure means the person or a thing which is not safe.

We hope this vocabulary words  for SSC CGL Exam preparation is so helpful to you. 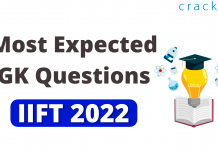 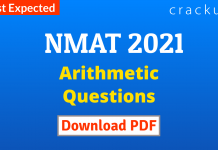 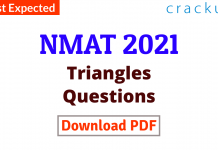