Question 1: November 19 marks the 102nd birth anniversary of who among the following?

Question 2: The Padma awards are given on

Question 3: Who among the following became the first woman judge of the Supreme Court of India?

Question 4: Who was the first woman chief minister(CM) of any Indian state to hold a charge?

Question 5: Bhupen Hazarika was posthumously given the Bharat Ratna for his contribution in the field of

d) All of the above

Question 6: Who was the first Indian after independence to present the railway budget?

Question 7: Who among the following has won the 26th Indira Gandhi Award for National Integration ?

Question 8: Who amongthe following has been appointed as the Goodwill Ambassador of the Rajiv Gandhi Scheme for Empowerment of Adolescent Girls (SABLA) by Ministry of Women and Child Development recently ?

Question 9: Who is Julian Assange ?

b) Founder of Rediffmail

Question 10: Who said, “give me somewhere to stand, and I will move the world”?

Question 11: Who defined democracy as a “Government of the people, by the people and for
the people”?

Question 12: Which of the following Indians was awarded ‘Legion D Award’, the highest civilian
award of France?

Question 13: Who was the first recipient of Nehru Award for International Understanding?

Question 14: With what field of activity do you associate Ela Bhatt?

Question 15: Famous ‘Oscar Awards’ are presented by the

Question 16: Who of the following is one of the most celebrated Photo Journalists in India?

Question 17: Which of the following pair is not correct?

Question 18: A. M. Turing award is considered as the Nobel Prize in the field of computers, given annually by Association for Computing Machinery co sponsored by Intel and Google. Who was A. M. Turing in whose memory the award was instituted?

a) First Chairman of Intel.

b) A British Mathematician

d) An US cognitive scientist in the field of artificial Intelligence (AI) and co-founder of Massachusetts Institute of Technology’s AI laboratory.

Question 19: The Roman Magsaysay award is named after the former President of ?

Question 20: This distinguished Indian was born on 28th December 1937 in Surat. He has completed the Advanced Management Program at Harvard Business School, USA. He turned down a job offer from IBM to join his family business and today he is one the top business leaders of India. Name the tycoon.

The Padma category of awards which comprises Padma Bhushan, Vibhushan and Padma Shri are awarded on Republic day i.e., 26th of every January.

Fathima Beevi was appointed to the apex Court in 1989, she became the first female judge to be a part of the Supreme court of India.

Sucheta Kripalani was the first Indian woman to serve as a woman CM of Uttar Pradesh.

Bhupen Hazarika was an Indian poet, singer/actor, journalist and author too who was conferred with India’s highest honor Bharat Ratna in 2019.

John Matthai was the first Indian to present the railway budget after independence in November 1947.

We hope this People and Awards Questions & Answers  PDF of SSC CPO is very Useful for preparation of SSC CPO Exams. 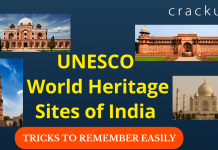 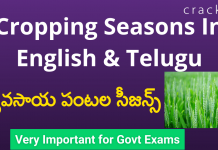 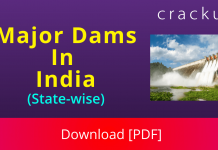