In the following questions,some of the sentences have errors and some have none. Find out which part of a sentence has an error. The number of that part is your answer. Your answer is ‘d’ i.e., No error.

a) He is a university professor
b) but of his three sons
c) neither has any merit.
d) No error

a) After knowing truth,
b) they took the right decision
c) in the matter.
d) No error

a) It is time you
b) decide on your next
c) course of action.
d) No error

a) He who has suffered most
b) for the cause,
c) let him speak
d) No error

a) A cup of coffee
b) is an excellent complement
c) to smoked salmon.
d) No error

There should be ‘the’ in between knowing and truth, because truth is a common noun.

The word ‘on’ can be omitted from the phrase ‘decide on your next course of action’.

The phrase ‘let him speak’ is incomplete and has to be replaced by ‘should be let to speak’.

There is no grammatical and vocabulary related error in the sentence.

In the following questions choose the word opposite in meaning to the given word.

Florid means having a red or flushed complexion.
In the given options A and C can be eliminated because they aren’t relevant. Option D doesn’t mean that somebody is not red.
So the remaining option B is the right choice as “Pale” means light faded colour(red).

Verity means something that is regarded true.
So option C, Falsehood is the only word in the options which gives the opposite meaning of the given word.

Perspecuity means to see through, and vagueness means to have a rough imagery or not clear a image.

Fevent means showing a passionate intensity.
So option C, “Dispassionate”, is clearly the antonym for fervent.

Meandering means “being a curvy path” and the word straight is the perfect antonym.

Hope this SSC CHSL english vocabulary questions are useful to you. Try to solve from previous questions papers of SSC CHSL to learn more on this topic. 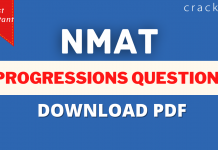 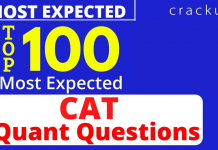 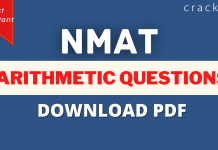