National and International Awards 2017 PDF gives you the list of important national (Indian) and international awards in different fields and the person who obtained these awards.

From IBPS PO previous Question papers we can see that many questions are asked from this National and International Awards PDF. Take a free mock test for IBPS PO to practice questions.

The Nobel Peace Prize is one of the five Nobel Prizes created by the Swedish industrialist, inventor, and armaments manufacturer Alfred Nobel, along with the prizes in Chemistry, Physics, Physiology or Medicine, and Literature since March 1901. It has been awarded annually (with some exceptions) to those who have “done the most or the best work for fraternity between nations, for the abolition or reduction of standing armies and for the holding and promotion of peace congresses”.

In addition to the above five awards, The Sveriges Riksbank Prize in Economic Sciences in Memory of Alfred Nobel 2016 is awarded to Oliver Hart and Bengt Holmstrom “for their contributions to contract theory”.

Note: The 2017 Nobel Prizes will be announced in the first week of October 2017.

The Academy Awards now known officially as The Oscars is a set of twenty-four awards for artistic and technical merit in the American film industry, given annually by the Academy of Motion Picture Arts and Sciences (AMPAS), to recognize excellence in cinematic achievements as assessed by the Academy’s voting membership. The various category winners are awarded a copy of a golden statuette, officially called the “Academy Award of Merit”, which has become commonly known by its nickname “Oscar”. The awards, first presented in 1929 at the Hollywood Roosevelt Hotel, are overseen by AMPAS.

Every year, a national panel appointed by the government selects the winning entry, and the award ceremony is held in New Delhi, where the President of India presents the awards. This is followed by the inauguration of the National Film Festival, where the award-winning films are screened for the public.

Padma Shri (also Padmashree) is the fourth highest civilian award in the Republic of India, after the Bharat Ratna, the Padma Vibhushan and the Padma Bhushan. Awarded by the Government of India, it is announced every year on India’s Republic Day.

The Arjuna Awards are given by the Ministry of Youth Affairs and Sports, government of India to recognize outstanding achievement in National sports. Instituted in 1961, the award carries a cash prize of ₹ 500,000, a bronze statue of Arjuna and a scroll.

The National Bravery Awards are a set of awards given annually to about 25 Indian children for “meritorious acts of bravery against all odds.” The awards are given by the Government of India and the Indian Council for Child Welfare (ICCW). The award was instituted in 1952.

In 2016 Government of India awarded Bharat Award to Tarah Peju (Posthumous) for saving her friends from drowning, but failed to manage herself and Bapu Gaidhani Award to Tushar Verma for Risking his life to rescue elderly neighbor couple with their three cows and two bulls when the house began to burn. (2017 yet to be announced)

The Ashoka Chakra is India’s highest peacetime military decoration awarded for valour, courageous action or self-sacrifice away from the battlefield.

Hangpan Dada is the posthumosly awarded Ashoka award for 2016 year.

The Param Vir Chakra (PVC) is India’s highest military decoration awarded for the displaying distinguished acts of valor during wartime. The name of the award translates as the “Wheel of the Ultimate Brave”. PVC is equivalent to the Medal of Honor in the United States and the Victoria Cross in the United Kingdom.

The Rajiv Gandhi Khel Ratna Award in Sports and Games is the highest sporting honour of the Republic of India. It is awarded annually by the Ministry of Youth Affairs and Sports. The recipient(s) is/are selected by a committee constituted by the Ministry and is honoured for their “spectacular and most outstanding performance in the field of sports over a period of four years” at international level.

(Visit the link for more details)

The Dronacharya Award, officially known as Dronacharya Award for Outstanding Coaches in Sports and Games is sports coaching honour of the Republic of India. It is awarded annually by the Ministry of Youth Affairs and Sports. Recipients are selected by a committee constituted by the Ministry and are honoured to have done “outstanding and meritorious work on a consistent basis and enabled sportspersons to excel in international events” over a period of four years.

The Filmfare Awards are presented annually by The Times Group to honour both artistic and technical excellence of professionals in the Hindi language film industry of India. The Filmfare ceremony is one of the oldest film events in India. The awards were first introduced in 1954, the same year as the National Film Awards. They were initially referred to as the Clare Awards or The Clares after Clare Mendonca, the editor of The Times of India. A dual voting system was developed in 1956. Under this system, in contrast to the National Film Awards, which are decided by a panel appointed by Indian Government, the Filmfare Awards are voted on by both the public and a committee of experts.

(Visit the link for more details)

The International Gandhi Peace Prize, named after Mahatma Gandhi, is awarded annually by the Government of India.

As a tribute to the ideals espoused by Gandhi, the Government of India launched the International Gandhi Peace Prize in 1995 on the occasion of the 125th birth anniversary of Mohandas Gandhi. This is an annual award given to individuals and institutions for their contributions towards social, economic and political transformation through non-violence and other Gandhian methods.

The Police Medal is a decoration awarded to members of law enforcement in India. Established 1 March 1951, the medal was created to replace the Indian Police Medal. The medal is awarded for either gallantry or distinguished service, with the gallantry version of the medal being accorded a higher precedence. The medal is awarded annually on Republic Day and Independence Day.

The Tagore Award is an award given in commemoration of the 150th birth anniversary of the Nobel laureate Rabindranath Tagore (1861–1941) for cultural harmony. Established in 2011 by Government of India, it is given for outstanding achievement in fostering harmony and universalism and values of cultural harmony especially in conflict or extreme situations through innovative systems/strategies and which have an enduring and transformational impact.

The International Indian Film Academy Awards (also known as the IIFA Awards) are a set of awards presented annually by the International Indian Film Academy to honour both artistic and technical excellence of professionals in Bollywood, the Hindi language film industry. Instituted in 2000, the ceremony is held in different countries around the world.

The Saraswati Samman is an annual award for outstanding prose or poetry literary works in any 22 Indian language listed in Schedule VIII of the Constitution of India. It is named after an Indian goddess of learning and is considered to be among the highest literary awards in India.

The Winner of Saraswati Samman award 2016 is Mahabaleshwar Sail for his “Hawthan”(Novel) in Konkani Language. (2017 yet to be announced)

The Vyas Samman is a literary award in India, first awarded in 1991. To be eligible for the award, the literary work must be in the Hindi language and have been published in the past 10 years.

The Jnanpith Award is an Indian literary award presented annually by the Bharatiya Jnanpith to an author for their “outstanding contribution towards literature”. Instituted in 1961, the award is bestowed only on Indian writers writing in Indian languages included in the Eighth Schedule to the Constitution of India and English,[a] with no posthumous conferral.

In 2016 Shankha Ghosh received Jnanpith Award for his literart work in Bengali. (2017 yet to be announced)

The Moortidevi Award is an annual literary award in India presented by the Bharatiya Jnanpith organization for a work which emphasizes Indian philosophy and culture.

In 2016, MP Veerendrakumar received for his Hymavathabhoovil in Malayalam. (2017 yet to be announced)

As you have downloaded our National and international awards 2017 PDF, also download our Impact of GST on Indian Economy PDF 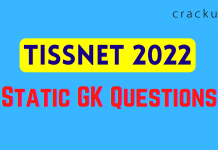 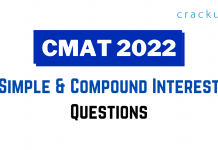 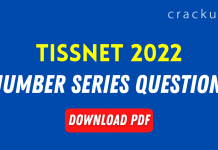