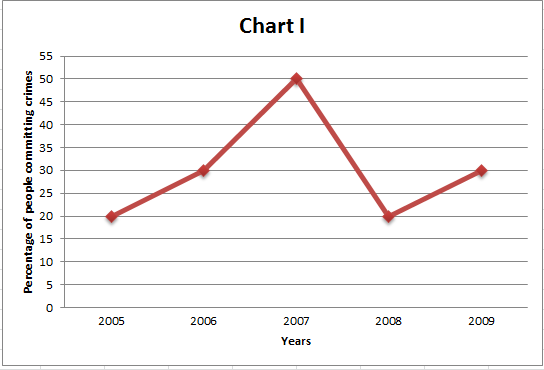 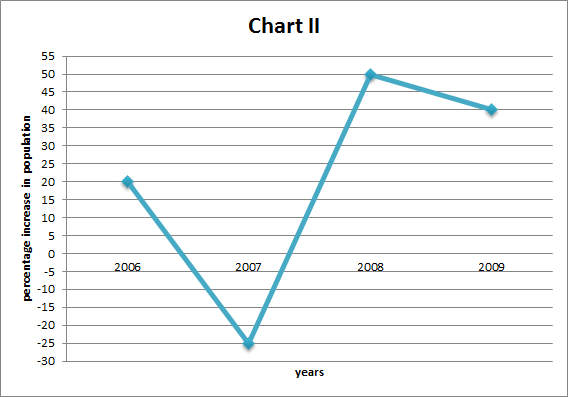 Question 1: In which year among the given years(from 2005-2009) was the number of people that committed crimes the the second lowest?

Question 3: In which year among the given years (2005-2009) was the population in Boselvania the third highest?

Question 4: What is the ratio of the number of people committing crimes in 2007 compared to 2008?

Instructions (5 – 8): The following chart gives the average of marks in six subjects scored by 25 students in three different exams conducted in an academic year. 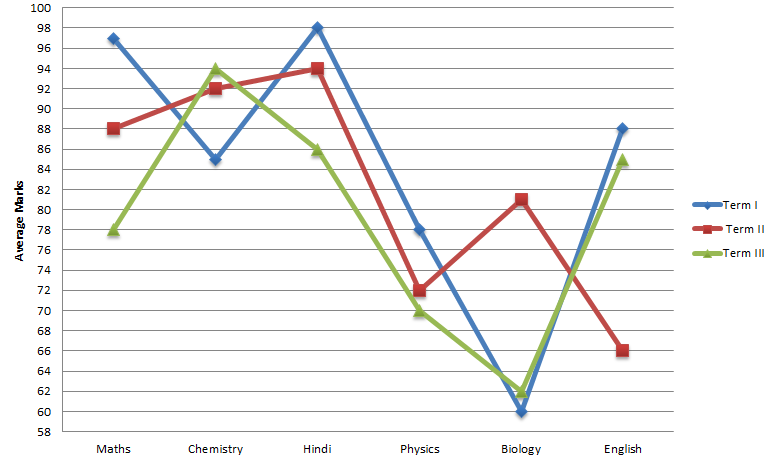 The maximum marks of the exam is 100 and a student who scores at least 35 marks is
considered as passed.

Question 5: The number of students that scored more than 80 marks in all the subjects in all the term cannot be more than

Question 6: If no student failed in any of the subjects in term III, then what is the maximum number of students who can score full marks in a single subject?

Question 7: The number of students who failed in all the subjects in the IInd term cannot be more than?

Question 8: What could be the maximum number of students that failed in all the exams in all the three terms?

1) Answer (D)
From the table, we can see that the number of people committing crimes was second lowest in 2008

3) Answer (B)
From the table, we can see that the population was third highest in the year 2006.

5) Answer (C)
The number of students that scored more than 80 in all subjects in all the terms will be limited by the subject having the lowest average which is 60 for Biology in the first term.
The total score of all the sixty students = 60 x 25 = 1500
Thus, the maximum number of students who scored greater than 80 in all the six subjects for all the terms = 1500/80 = 18.75 i.e 18 students.

6) Answer (B)
The number of students scoring 100 will be maximum for the subject having the highest average in term III which is Chemistry.
The total marks scored by all the 25 students in Chemistry in term III = 25 x 94 = 2350
Thus, the maximum number of students that could have scored 100 for Chemistry in term III = 23 But this is not possible as no student should fail.
If 22 students get 100, then the remaining total marks for 3 students is 2350 – 2200 = 150. Thus, the marks can be distributed that all the three students pass. Hence, a maximum of 22 students can score full marks in a single subject.

8) Answer (A)
The number of students who failed in all the six subjects in all the three terms would be limited by the highest average among all sections in all terms.
The highest average is for Hindi in term I which is 98.
The total marks of 25 students for Hindi in term I = 98 x 25 = 2450
If we assume 1 student fails, then maximum marks of the other 24 students = 2450 – 34 = 2416
which is not possible.
Thus, no student can fail in all six subjects in all three terms. 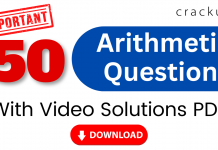 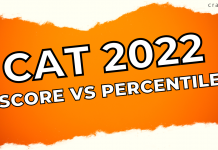 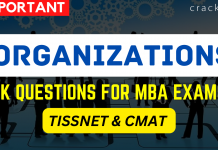 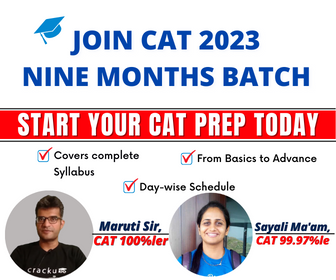