In the questions below, each passage consists of six sentences. The first and sixth sentence are given in the beginning. The middle four sentences in each have been removed and jumbled up. These are labelled as P, Q, R, and S. Find out the proper order for the four sentences.

Question 1: S1: In the middle of one side of the square sits the Chairman of the committee, the most important person in the room.
P: For a committee is not just a mere collection of individuals.
Q: On him rests much of the responsibility for the success or failure of the committee.
R: While this is happening we have an opportunity to get the ‘feel’ of this committee.
S: As the meeting opens, he runs briskly through a number of formalities.
S6: From the moment its members meet, it begins to have a sort nebulous life of its own.
The Proper sequence should be:

Question 2: S1: All the land was covered by the ocean.
P : The leading god fought the monster, killed it and chopped its body in to two halves.
Q: A terrible monster prevented the gods from separating the land from the water.
R : The god made the sky out of the upper part of the body and ornamented it with stars.
S: The god created the earth from the lower part, grew plants on it and populated it with animals.
S6: The god moulded the first people out of clay according to his own image and mind.
The Proper sequence should be:

Question 3: S1: And then Gandhi came.
P: Get off the backs of these peasants and workers, he told us, all you who live by their exploitation.
Q: He was like a powerful current of fresh air, like a beam of light, like a whirlwind that upset many things.
R: He spoke their language and constantly drew their attention to their appalling conditions.
S: He didn’t descent from the top, he seemed to emerge from the masses of India.
S6: Political freedom took new shape and then acquired new content.
The Proper sequence should be:

In each question, there are five sentences/paragraphs. The sentence/ paragraph labeled A is in its correct place. The four that follow are labeled B, C, D, and E, and need to be arranged in the logical order to form a coherent paragraph/passage. From the given options, choose the most appropriate option.

Question 4: A. In America, highly educated women, who are in a stronger position in the labor market than less qualified ones, have higher rates of marriage than other groups.
B. Some works supports the Becker thesis, and some appear to contradict it.
C. And, as with crime, it is equally inconclusive.
D. But regardless of the conclusion of any particular piece of work, it is hard to establish convincing connections between family changes and economic factors using conventional approaches.
E. Indeed, just as with crime, an enormous academic literature exists on the validity of the purely economic approach to the evolution of family structures.

Question 5: Choose the most logical order of sentences from among the given choices to construct a coherent paragraph?
A. In the west, Allied Forces had fought their way through southern Italy as far as Rome.
B. In June 1944 Germany’s military position in World War Two appeared hopeless
C. In Britain, the task of amassing the men and materials for the liberation of northern Europe had been completed.
D. Red Army was poised to drive the Nazis back through Poland.
E. The situation on the eastern front was catastrophic.

Question 6: 1. So how big is the potential market?
A. But they end up spending thousands more each year on hardware overhaul and software up-gradation.
B. Analysts say the new machines will appeal primarily to corporate users.
C. An individual buyer can pick up a desktop computer for less than $2,000 in America.
D. For them, the NCs best-drawing card is its promise of much lower maintenance costs.
6. NCs, which automatically load the latest version of whatever software they need could put an end to all that.

Question 7: Arrange sentences A, B, C and D between sentences 1 and 6 to form a logical sequence of six sentences.
1. Good literary magazines have always been good because of their editors.
A. Furthermore, to edit by committee, as it were, would prevent any magazine from finding its own identity.
B. The more quirky and idiosyncratic they have been, the better the magazine is, at least as a general rule.
C. But the number of editors one can have for a magazine should also be determined by the number of contributions to it.
D. To have four editors for an issue that contains only seven contributions, it is a bit silly to start with.
6. However, in spite of this anomaly, the magazine does acquire merit in its attempt to give a comprehensive view of the Indian literary scene as it is today.

Question 8: Arrange sentences A, B, C and D between sentences 1 and 6 to form a logical sequence of six sentences.1. It is the success story of the Indian expatriate in the US which today hogs much of the media coverage in India.A. East and West, the twain have met quite comfortably in their person, thank you.B. Especially in its more recent romancing — the-NRI phase.C. Seldom does the price of getting there — more like not getting there — or what’s going on behind those sunny smiles get so much media hype.D. Well-groomed, with their perfect Colgate smiles, and hair in place, they appear the picture of confidence which comes from having arrived.6. The festival of feature films and documentaries made by Americans of Indian descent being screened this fortnight goes a long way in filling those gaps.

Question 9: 1. The reconstruction of history by post-revolutionary science texts involves more than a multiplication of historical misconstructions.A. Because they aim quickly to acquaint the student with what the contemporary scientific community thinks it knows, textbooks treat the various experiments, concepts, laws, and theories of the current normal science as separately and as nearly seriatim as possible.B. Those misconstructions render revolutions invisible; the arrangement of the still visible material in science texts implies a process that, if it existed, would deny revolutions a function.C. But when combined with the generally unhistorical air of science writing and with the occasional systematic misconstruction, one impression is likely to follow.D. As pedagogy this technique of presentation is unexceptionable. 6. Science has reached its present state by a series of individual discoveries and inventions that, when gathered together, constitute the modem body of technical knowledge.

Question 10: The following sentences when properly arranged form a coherent paragraph. In the answer box, type the sequence of numbers for the rearranged sentences.
1. We know that at the beginning of 1580, the year in which Spenser went to Ireland, something under that title had been already begun and submitted to Gabriel Harvey’s judgment; and that among other literary projects, Spenser was intending to proceed with it.
2. But he took the idea with him to Ireland, and in Ireland he pursued it and carried it out.
3. But beyond the mere name, we know nothing, at this time, of Spenser’s proposed ‘Faery Queen’.
4. The ‘Faery Queen’ is heard of very early in Spenser’s literary course.
5. Harvey’s criticisms on it tell us nothing of its general plan or its numbers.
6. Whether the first sketch had been decided upon, whether the new stanza, Spenser’s original creation, and its peculiar beauty and instrument, had yet been invented by him, while he had been trying experiments in metre in the ‘Shepherd’s Calendar’, we have no means of determining.

E follows A because it creates an anology and explains the situation.

Then, C follows E because, it continues that anology.

Hence ECBD is the answer.

CA is a pair because C introduces the desktop computer and A talks about the computer parts in detail.

Just before the last sentence A must come because sentence 6 talks about the software, an idea that is introduced in sentence A.

Among the given options, only option C satisfies the above conditions.

CD is a pair because the “number of editors” concept is introduced in C and then an example is taken in D.

Hence, BCDA is the answer.

The pronoun “it” in statement B refers to the media attention mentioned in statement 1. Hence, 1-B are a pair. Statements A and D describe the NRIs introduced in B and hence should come after B. As A concludes from the outward characteristics mentioned in D, it should follow D. C mentions the gap in information provided about NRIs and 6 mentions how the film festival is filling those gaps. Hence, C-6 are a pair. Hence, the order is 1BDAC6.

B is the first sentence in the sequence. “Misconstructions” is the key word here. In (1), there is a mention of “misconstructions” which is referred to again in B. Since, only option A mentions B first in the list, option A is the right answer.

The first sentence of the paragraph is 4. It introduces the topic of the paragraph – Faery Queen. This is followed by sentence 1, which traces the history and name of Faery Queen. This is then followed by sentence 3, which talks about how nothing beyond the name is known about Spenser’s project. This idea is continued in sentences 5 and 6. The last sentence is 2, which concludes the paragraph. It talks about how Spencer took the idea of the project with him to Ireland and implemented it there.

We hope this Jumbled Paragraphs questions and answers for SNAP PDF will be helpful to you. 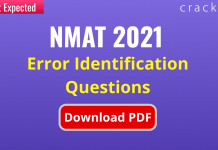 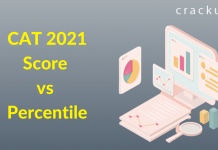 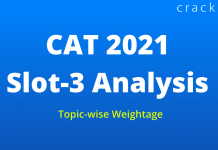 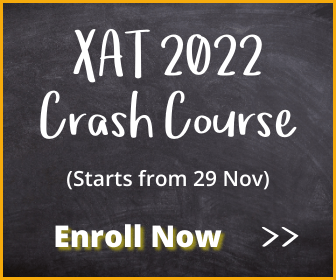