Question 1: Mehrunnisa who was known as Nur Jahan was the wife of …….

Question 2: Who was the first Delhi Sultan to break the power of the Turkish nobles known as the ‘Chahalgani’ or the ‘Forty’?

Question 3: The battle of Khanwa was fought between?

a) Humayun and Nasiruddin Nasrat Shah

b) Humayun and Sher Shah Suri

Question 4: The Charter of Liberties — popularly known as ‘The MagnaCarta’ — was signed in
England in which year?

Question 5: Jahangir was the ………. Mughal emperor of India.

Question 6: Who was the first President of the Indian National Congress?

Question 7: Under which treaty British company got the Diwani right of Bengal, Bihar and Orissa from Mughal ruler Shah Alam II?

a) Treaty of Awadh

b) Treaty of Alinagar

Question 8: Who was the German General nicknamed ‘Desert Fox’ during the Second World War?

Question 9: There were 8 types of marriages during the Vedic Period. Which one of them is a love marriage?

Question 10: Who propounded the Panchsheel Principles?

Question 11: During the British rule, the only British King to visit India and hold a grand Durban was

Question 12: Khajuraho was the capital of

Question 13: under whose leadrship the sikhs beacme a political and military force ?

Question 14: Whom did ashoka appoint to spread buddhism to many parts of asia

Question 18: Which religion was propounded by Mughal Emperor Akbar in 1582 A.D., with the intention of merging the best elements of different religions?

Question 19: Under an agreement with which of the following countries did Subhash Chandra Bose organise the Indian soldiers into Azad Hind Fauj?

Question 20: Which of the following facts is not true about Mahatma Gandhi?

a) He was chosen for the Nobel Peace Prize in 1948, but because of his unfortunate assassination, the Peace Prize was not awarded that year.

c) In 1999, he was declared the “Person of the Century” by the Time magazine, and the runner-up was Albert Einstein.

d) He was shoved out a train in 1893 in Pietermaritzburg in KwaZulu Natal province of South Africa, because he refused to move to a third class coach while holding a first class ticket.

Nur Jahan was the twentieth (and last) wife of the Mughal emperor Jahangir.

Balban was the first Delhi Sultan to break the power of the Turkish nobles.

The Battle of Khanwa was fought near the village of Khanwa, in Bharatpur District of Rajasthan, on March 16, 1527. It was fought between the invading forces of the first Mughal Emperor Babur and the Rajput forces led by Rana Sanga of Mewar, after the Battle of Panipat.

The Magna Carta was a document signed by King John after negotiations with his barons and their French and Scots allies at Runnymede, Surrey, England in 1215. There they sealed the Great Charter, called in Latin Magna Carta.

After the party’s foundation in 1885, Womesh Chunder Bonnerjee became its first president. A total of sixty one people have served as the president of the Indian National Congress.

British company got the Diwani right of Bengal, Bihar and Orissa from Mughal ruler Shah Alam II under the Treaty of Allahabad.

Gandharva Vivah is one of the love marriage during the Vedic Period.

King George V was the only British King to visit India and hold a grand Durban during the British rule in India.

Khajuraho was an ancient city in the state of Madhya Pradesh and it was the capital of Chandela Kings who ruled Bundelkhand.

Under the leadership of Guru Gobind Singh, Sikhs became a political force and military force.

Ashoka appointed Dharma Mahamatras to spread Buddhism to many parts of Asia.

The Battle of Haldighati was fought on 18 June 1576 between cavalry and archers supporting the Rana of Mewar, Maharana Pratap and the Mughal emperor Akbar’s forces in Rajasthan.

Mughal emperor Shah Jahan built the Jama Masjid between 1644 and 1656.

The Din-e-Ilahi was a syncretic religion propounded by the Mughal emperor Akbar in 1582 CE, intending to merge some of the elements of the religions of his empire, and thereby reconcile the differences that divided his subjects. The elements were primarily drawn from Islam and Hinduism, but some others were also taken from Christianity, Jainism, Sikhism and Zoroastrianism.

The Provisional Government of Free India, or, more simply, Free India (Azad Hind), was an Indian provisional government established in occupied Singapore in 1943 and supported by the Empire of Japan, Nazi Germany, Italian Social Republic, and their allies.

It was a part of a political movement originating in the 1940s outside India with the purpose of allying with the Axis powers to free India from British Rule. It was established by Indian nationalists-in-exile during the latter part of the Second World War in Singapore with monetary, military and political assistance from Imperial Japan. Founded on 21 October 1943, the government was inspired by the concepts of Subhas Chandra Bose who was also the leader of the government and the Head of State of this Provisional Indian Government-in-exile. The government proclaimed authority over Indian civilian and military personnel in Southeast Asian British colonial territory and prospective authority over Indian territory to fall to the Japanese forces and the Indian National Army during the Japanese thrust towards India during the Second World War. The government of Azad Hind had its own currency, court and civil code, and in the eyes of some Indians its existence gave a greater legitimacy to the independence struggle against the British.

However, while it possessed all the nominal requisites of a legitimate government, it lacked large and definite areas of sovereign territory until Japan gave it nominal authority of the Andaman and Nicobar Islands in 1943 and the occupation of parts of Manipur and Nagaland. Japanese officials made all the decisions, and throughout its existence it was entirely dependent on Japanese support.

Immediately after the formation of the government-in-exile, Azad Hind declared war against the Anglo-American allied forces on the Indo-Burma Front. Its army, the “Azad Hind Fauj” (Indian National Army or the INA), went into action against the British Indian Armyand the allied forces as part of the Imperial Japanese Army in the Imphal-Kohima sector. The INA had its first major engagement at the Battle of Imphal where, under the command of the Japanese Fifteenth Army, it breached the British defences in Kohima, reaching the salient of Moirang before suffering a catastrophic defeat as the Allied forces held, and Allied air dominance and compromised supply lines forced both the Japanese and the INA to retreat.

In 1930, Mahatma Gandhi was declared as the Person of the year by TIME magazine.
Hence, option C is the correct answer. 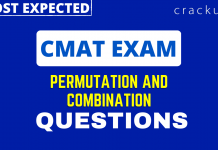 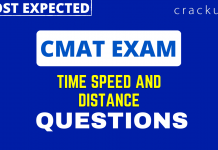 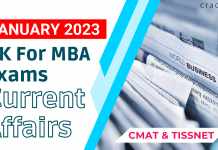