Question 1: AC is converted into DC by a

Question 2: Which of the following authority is elected on the basis of proportional representation in India?

Question 3: Hirakud reservoir is built across the river

Question 4: What is meant by space tourism?

b) Space travel for leisure.

c) Touring the world only by flight.

d) Reaching out to Mars.

Question 5: One Gigabyte =? (in decimal value)

a) Solutions to global development challenges.

Question 7: Cultivation is difficult on red soil because

a) Its water holding capacity is less.

b) It is highly contaminated.

c) Biological components do not mix with it.

Question 8: When a person can see only nearby objects, the condition is called

Question 9: Under the Indian Constitution, legislative powers are vested with the

Question 10: Which one of the following does not belong to the group?

Question 11: When did Bangladesh become an independent parliamentary democracy?

Question 12: Study of earth is known as

Question 13: Slave Dynasty was founded by

Question 14: The instrument used to determine the rotation speed of a shaft is called

Question 15: Kurukshetra, the famous battle field mentioned in Mahabharata was located near

a) To refer to speed.

b) To refer to a container.

c) As a measure of volume.

Question 17: Which one of the following cities, is included in the first list of 20 proposed smart cities under the ‘Smart Cities Mission’ released by the Union Government in January 2016?

Question 18: Three freedom fighters including Bipin Chandra Pal were popularly known as Lal-Bal-Pal. Who were the other two?

Question 20: The book titled “Mann Ki Baat – A Social Revolution on Radio’ is launched by whom in March 2019. This book is a collection of 50 episodes of Prime Minister Modi’s heart to heart talk with the citizens of India broadcasted on All India Radio 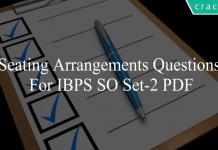