Nobel Peace Prize for 2018 was awarded to  Denis Mukwege and Nadia Murad for their efforts to end the use of sexual violence as a weapon of war and armed conflict.

The physician Denis Mukwege has spent large parts of his life helping the victims of sexual violence in the Panzi Hospital, Bukavu, Democratic Republic of Congo. Most of the abuses have been committed in the context of a long-lasting civil war that has cost the lives of more than six million Congolese.

Nadia Murad is a member of the Yazidi minority in Kocho, northern Iraq. In August 2014 the Islamic State (IS) launched a brutal, systematic attack on the villages of the Sinjar district, to exterminate the Yazidis.

Nadia Murad is just one of an estimated 3000 Yazidi girls and women who were victims of rape and other abuses by the IS army. Abuses, part of military strategy served as a weapon in the fight against Yazidis and other religious minorities.Following her escape after 3 months, she chose to speak openly about what she had suffered. In 2016, she was named the UN’s first Goodwill Ambassador for the Dignity of Survivors of Human Trafficking.

UN Resolution on the use of sexual violence as a weapon of war & Armed conflict:

This year 2018 marks a decade since the UN Security Council adopted Resolution 1820 (2008), which determined that the use of sexual violence as a weapon of war and armed conflict constitutes both a war crime and a threat to international peace and security.

Nobel Prize in Physics was awarded to Arthur Ashkin, Gerard Morou & Donna Strickland for their groundbreaking inventions in the laser physics.

Arthur Ashkin invented optical tweezers that grabs virus, atoms, particles, living cells & viruses with their laser beam fingers. He succeded in pushing the particles to the center of the beam & holding them there.Optical tweezers are used to investigate the machinery of life.

Nobel Prize in Chemistry was awarded to Frances H.Arnold for the directed evolution of enzymes & George P.Smith & Gregory P.Winter for the Phage display of peptides & antibodies.

Frances H. Arnold  in 1993, conducted the first directed evolution of enzymes, which are proteins that catalyse chemical reactions.  The uses of Frances Arnold’s enzymes include more environmentally friendly manufacturing of chemical substances, such as pharmaceuticals, and the production of renewable fuels.

In 1985, George Smith developed a method known as phage display, where a bacteriophage – a virus that infects bacteria – can be used to evolve new proteins. Gregory Winter used phage display for the directed evolution of antibodies inorder to produce new pharmaceuticals. using Phage Display, firstly adalimumab was invented & was approved in 2002 and is used for rheumatoid arthritis, psoriasis and inflammatory bowel diseases. phage display has also been used to produce anti-bodies that can counteract Metastatic Cancer.

Paul M. Romer demonstrates how knowledge can function as a driver of long-term economic growth. Romer’s solution, which was published in 1990, laid the foundation of what is now called endogenous growth theory. The theory explains how ideas are different to other goods and require specific conditions to thrive in a market.

Nordhaus’ findings deal with interactions between society and nature. He is the first person to create an integrated assessment model, i.e. a quantitative model that describes the global interplay between the economy and the climate.Nordhaus’ model is used to simulate how the economy and the climate co-evolve & to examine the consequences of climate policy interventions, for example carbon taxes.

The 2018 Nobel Prize in Literature has been postponed. 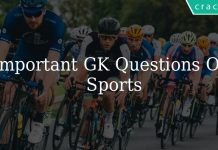