Question 1: Who has the authority to take the resignations of the Chief Justice of India?

a) The President of India

b) The Prime Minister of India

d) Any one of the above

Question 2: For which of the following schemes of the Indian government, Aadhaar card is made mandatory?

Question 4: Which of the following article provides ‘right against exploitation’?

Question 5: As per the constitution of India, the ultimate sovereign is ____

b) The people of India

Question 6: Which of the following PM’s started the ‘Look East Policy’ in India?

Question 7: Article 61 of the Indian constitution is related to which of the following terms?

a) Appointment of the President

b) Impeachment of the President

c) Election of the President

Question 8: Article, 32 of the Indian Constitution stands for

a) Right to Constitutional Remedies’

b) Right Against Exploitation

Question 9: Which of the following has become the first Indian State to launch health insurance policy covering all its people ?

Question 10: Which one of the following provides constitutional guarantee of personal freedom?

Question 11: A list of national languages can be traced in the ………………. Of the Indian Constitution.

Question 12: The quorum of the Parliament is fixed at

a) one-tenth of the membership of the House

b) one-third of the membership of the House

c) one-half of the membership of the House

d) four-fifths of the membership of the House.

Question 13: The constitution of India provided that Hindi shall be

a) The language of communication between the Union Government and the State Governments.

b) The National language of India

c) The language of communication between the State Governments

d) The official language of the Union of India.

Question 14: Representation of any state in Rajya Sabha is according to

a) number of representative in Lok Sabha from the state

b) fixed number of condidates from each state

c) area of the state

d) population of the state

Question 15: India’s first coalition government in New Delhi was formed under the leadership of:

Question 16: Which of the following is a legal right and not a fundamental right

a) Right to Liberty of thought and expression

b) Right against exploitation

Question 17: Five year plans in India are finally approved by the :

b) President on the advice of prime minister

Question 18: Who was the Prime Minister of India when the 42nd Amendment Bill bringing in the changes in the Constitution was passed?

Question 19: Which of the following is not provided in the constitution?

The President of India is authorized to take the resignation of the Chief Justice of India.

It means a command. It commands the person to whom it is addressed to perform some public duty which s/he has refused to do so.

Article 23 deals with right against exploitation

As per the constitution, the ultimate sovereign is the general public.

Article 61 of the Indian constitution refers to the impeachment of the President of India. 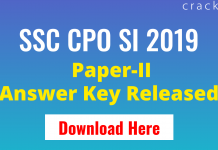