Question 1: The Union Government in 2007 reduced the customs duty on crude and refined palm oil by percentage points to check rising prices of these edible oils and contain inflation.

b) Law and Justice

Question 3: The Company ‘Associated Journals Ltd’ (AJL) is the publisher of which now defunct daily newspaper?

Question 4: As per figures released recently, the GDP growth in the last two years has been in the range of:

Question 5: Consider the following statements related to Brazil:
i. Brazil’s GDP is higher than Italy’s GDP.
ii. Dilma Rouseff was elected as President of Brazil.
iii. Maracana stadium hosted world cup football final.
iv. Of all of Brazil’s neighbours, Argentina has the longest border.
v. Real is the currency of Brazil.

Which of the following options does not contain false statement (s) related to Brazil?

Question 6: Which of the following terms is used in economics to describe a situation where an inflation rate is high, the economic growth rate slows down, and unemployment remains steadily high?

Question 7: A tax is characterised by horizontal equity if its liability is?

a) Proportional to Income Tax payers

b) Similar to taxpayers in similar circumstances

c) Proportional to the expenditure of tax payers

d) The same for every Tax payer

Question 8: Which of the following will cause an increase in demand for a good?

b) a decrease in the price of the goods

d) an increase in the price of its substitute goods

Question 9: If quantity of a good demanded increases from 200 to 250 then the average income of the population increases from Rs 20,000 to Rs 30,000, find Arc
Income elasticity of demand?

Question 10: If the average total cost are Rs 2400, average variable cost is Rs 1700 and quantity produced is 75 units, find the total fixed costs of the firm?

Question 11: At the equilibrium price

a) quantity demanded is equal to quantity supplied

b) quantity demanded is greater than quantity supplied

Question 13: ‘Neo-Malthusian Theory’ is associated with which issue?

Question 14: Which of the following is called GDP Deflator?

a) Ratio of nominal to real GDP

b) Ratio of nominal to real GNP

Question 16: What will you call a system of taxation under which the poorer sections are taxed at higher rates than the richer sections?

Question 17: National Income of India is compiled by which institute?

Question 18: National Income is generated from

a) any money-making activity

b) any laborious activity

Question 19: In which of the following Five Year Plan was the growth rate target exceeded?

Question 20: Which ﬁve year plan aimed at following regional approach, instead of a sectoral approach so as to bring down regional inequalities?

So the answer is option D.

We hope this Economics Questions pdf for SSC JE exam will be highly useful for your Preparation. 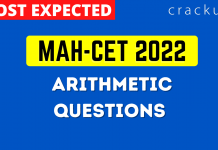 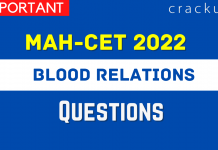 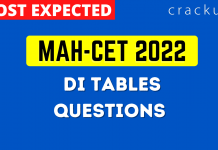