Question 1: Where is the headquarters of the SWIFT(Society for Worldwide Interbank Financial Transaction)?

Question 2: Where is the headquarters of the National Crime Records Bureau (NCRB)?

Question 3: The Organisation of Islamic Cooperation (OIC) is headquartered at ________

Question 4: The NATO summit was recently held in London which also marked its 70th Anniversary. NATO stands for ______

Question 6: Pakistan is soon to be removed from the grey list of FATF. FATF is based out at ______

Question 7: The headquarters of IRDAI are located at ______

Question 8: India is set to host the 91st International Criminal Police Organisation (INTERPOL) General Assembly in 2022. Where is the headquarters of INTERPOL?

Question 11: Where is the headquarters of the Asian Development Bank situated?

Question 12: Economic and Social Commission for Asia and Pacific (ESCAP) is an organisation under which of the following?

Question 13: In which country is the seat of the United Nations International Court of Justice?

Question 14: National Institute of Bank Management (NIBM) was established in the year 1969. Where is it located?

Question 15: The headquarters of the UNESCO is at

Question 16: The headquarters of the Food and Agriculture Organisation is in

Question 17: Centre for Ecological Sciences is situate at

Question 19: Which of the following is the headquarters of the International Renewable Energy Agency (IRENA)?

Question 20: The World Wide Fund for Nature (WWF) is an international organization founded in 1961. Where is the headquarter of WWF?

SWIFT headquarters is in Belgium.

The headquarters of the National Crime Records Bureau (NCRB) is in ‘New Delhi’. It is a part of the Ministry of Home Affairs.
Hence, option e is the correct answer.

The Organisation of Islamic Cooperation (OIC) is the second-largest inter-governmental organization after the United Nations with a membership of 57 states spread over four continents. The Organization is the collective voice of the Muslim world. It endeavours to safeguard and protect the interests of the Muslim world in the spirit of promoting international peace and harmony among various people of the world.

NATO is an intergovernmental military alliance, between 29 North American and European countries. It was formed in 1949, during the cold war to defend member nations from threats by communist countries. Also, The United States wanted to maintain its presence in Europe. NATO’s purpose is to guarantee the freedom and security of its members through political and military means.

The Organisation for Economic Co-operation and Development (OECD) is an international organisation that works to build better policies for better lives. The goal is to shape policies that foster prosperity, equality, opportunity and well-being for all.

The Financial Action Task Force (FATF) is an inter-governmental body established in 1989 by the Ministers of its Member jurisdiction. The objectives of the FATF are to set standards and promote effective implementation of legal, regulatory and operational measures for combating money laundering, terrorist financing and other related threats to the integrity of the international financial system. The FATF is therefore a “policy-making body” which works to generate the necessary political will to bring about national legislative and regulatory reforms in these areas.

UNCTAD stands for the United Nations Conference on Trade and development. It provides a forum wherein the developing countries can discuss their problems related to economic development.

The tea board is headquartered at Kolkata, West Bengal and Prabhat Kamal Bezboruah is the current chairman.

The headquarters of the Asian Development Bank is situated in Manila, Philippines.

National Institute of Bank Management (NIBM) is an Indian institution for research, training and consultancy in the banking and finance industry. It was established in the year 1969. It’s located in Pune Maharashtra. It is chaired by the governor of RBI.
Hence, option a is the correct answer.

“National Botanical Research Institute” is located in ”Lucknow, Uttar Pradesh”. Initially, it was set up by Professor “Kailas Nath Kaul“ on behalf of the State Government of Uttar Pradesh,
Hence, option d is the correct answer.

International Renewable Energy Agency is headquartered in Abu Dhabi of United Arab Emirates. It was mandated to promote the adoption and sustainable use of Renewable energy.
IRENA was founded in 2009.
The Director-General of IRENA is Francesco La Camera.
Currently, 160 member countries are there in IRENA. India is a founding member of IRENA.
The 10th Assembly is held in January 2019 in Abu Dhabi.

Gland, Switzerland is the headquarter of the World Wide Fund for Nature (WWF) which is an international organisation founded on 29 April 1961. It is a conservation organisation for nature and the environment. It is also named by World Wildlife Fund. Carter Roberts is the president and CEO of this organisation.
Hence, option e is the correct answer. 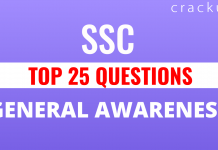 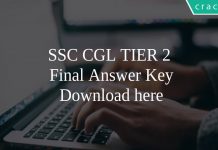