Question 1: Choose the most logical order of sentences among the given choices to construct a coherent paragraph.
A. A few months ago I went to Princeton University to see what the young people who are going to be running our country in a few decades are like.
B. I would go to sleep in my hotel room around midnight each night, and when I awoke, my mailbox would be full of replies—sent at 1:15 a.m., 2:59 a.m., 3:23 a.m.
C. One senior told me that she went to bed around two and woke up each morning at seven; she could afford that much rest because she had learned to supplement her full day of work by studying in her sleep.
D. Faculty members gave me the names of a few dozen articulate students, and I sent them e mails, inviting them out to lunch or dinner in small groups.
E. As she was falling asleep she would recite a math problem or a paper topic to herself; she would then sometimes dream about it, and when she woke up, the problem might be solved.

Question 2: Choose the most logical order of sentences among the given choices to construct a coherent paragraph.
A. Four days later, Oracle announced its own bid for PeopleSoft, and invited the firm’s board to a discussion.
B. Furious that his own plans had been endangered, PeopleSoft’s boss, Craig Conway, called Oracle’s offer “diabolical”, and its boss, Larry Ellison, a “sociopath”.
C. In early June, PeopleSoft said that it would buy J.D. Edwards, a smaller rival.
D. Moreover, said Mr. Conway, he “could imagine no price nor combination of price and other conditions to recommend accepting the offer.”
E. On June 12th, PeopleSoft turned Oracle down.

Question 3: Choose the most logical order of sentences among the given choices to construct a coherent paragraph.
A. Surrendered, or captured, combatants cannot be incarcerated in razor wire cages; this ‘war’ has a dubious legality.
B. How can then one characterize a conflict to be waged against a phenomenon as war?
C. The phrase ‘war against terror’, which has passed into the common lexicon, is a huge misnomer.
D. Besides, war has a juridical meaning in international law, which has codified the laws of war, imbuing them with a humanitarian content.
E.Terror is a phenomenon, not an entity—either State or non-State.

Question 4: Choose the most logical order of sentences among the given choices to construct a coherent paragraph.
A. I am much more intolerant of a human being’s shortcomings than I am of an animal’s, but in this respect I have been lucky, for most of the people I have come across have been charming.
B. Then you come across the unpleasant human animal—the District Officer who drawled, ‘We chaps are here to help you chaps,’ and then proceeded to be as obstructive as possible.
C. In these cases of course, the fact that you are an animal collector helps; people always seem delighted to meet someone with such an unusual occupation and go out of their way to assist you.
D. Fortunately, these types are rare, and the pleasant ones I have met more than compensated for them—but even so, I think I will stick to animals.
E. When you travel round the world collecting animals you also, of necessity, collect human beings.

Question 5: Choose the most logical order of sentences among the given choices to construct a coherent paragraph.
A.To avoid this, the QWERTY layout put the keys most likely to be hit in rapid succession on opposite sides. This made the keyboard slow, the story goes, but that was the idea.
B. A different layout, which had been patented by August Dvorak in 1936, was shown to be much faster.
C. The QWERTY design (patented by Christopher Sholes in 1868 and sold to Remington in 1873) aimed to solve a mechanical problem of early typewriters.
D.Yet the Dvorak layout has never been widely adopted, even though (with electric typewriters and then PCs) the anti-jamming rational for QWERTY has been defunct for years.
E. When certain combinations of keys were struck quickly, the type bars often jammed.

Question 6: Choose the most logical order of sentences from among the given choices to construct a coherent paragraph?
A. The two neighbours never fought each other.
B. Fights involving three male fiddler crabs have been recorded, but the status of the participants was unknown
C. They pushed or grappled only with the intruder.
D. We recorded 17 cases in which a resident that was fighting an intruder was joined by an immediate neighbour, an ally.
E. We therefore tracked 268 intruder males until be saw them fighting a resident male.

Question 7: Choose the most logical order of sentences from among the given choices to construct a coherent paragraph?
A. In the west, Allied Forces had fought their way through southern Italy as far as Rome.
B. In June 1944 Germany’s military position in World War two appeared hopeless
C. In Britain, the task of amassing the men and materials for the liberation of northern Europe had been completed.
D. Red Army was poised to drive the Nazis back through Poland.
E. The situation on the eastern front was catastrophic.

Question 8: Choose the most logical order of sentences from among the given choices to construct a coherent paragraph?
A. He felt justified in bypassing Congress altogether on a variety of moves.
B. At times he was fighting the entire Congress.
C. Bush felt he had a mission to restore power to the presidency.
D. Bush was not fighting just the democrats.
E. Representatives democracy is a messy business, and a CEO of the white House does not like a legislature of second guessers and time wasters.

Question 9: Choose the most logical order of sentences from among the given choices to construct a coherent paragraph?
A. But this does not mean that death was the Egyptians only preoccupation.
B. Even papyri come mainly from pyramid temples.
C. Most of our traditional sources of information about the Old Kingdom are monuments of the rich like pyramids and tombs.
D. Houses in which ordinary Egyptian lived have not been preserved, and when most people died they were buried in simple graves.
E. We know infinitely more about the wealthy people of Egypt than we do about the ordinary people, as most monuments were made for the rich.

Question 10: Choose the most logical order of sentences from among the given choices to construct a coherent paragraph?
A. Experts such as Larry Burns, head of research at GM, reckon that only such a full hearted leap will allow the world to cope with the mass motorization that will one day come to China or India.
B. But once hydrogen is being produced from biomass or extracted from underground coal or made from water, using nuclear or renewable electricity, the way will be open for a huge reduction in carbon emissions from the whole system.
C. In theory, once all the bugs have been sorted out, fuel cells should deliver better total fuel economy than any existing engines.
D. That is twice as good as the internal combustion engine, but only five percentage points better than a diesel hybrid.
E. Allowing for the resources needed to extract hydrogen from hydrocarbon, oil coal or gas, the fuel cell has an efficiency of 30%.

A is the best opening sentence. It introduces the author’s trip to Princeton University.
This is followed by D, which talks about how the author prepared for his trip by gathering the email ids of a few Princeton students.
B then follows and describes what happened when the author emailed the students of Princeton.
The situation is then explained in sentence C and followed by sentence E.

The best opening sentence is C. It gives an introduction to the paragraph saying that Peoplesoft offered to by J.D.Edwards.
This is followed by A, which talks about how Oracle wanted to buy Peoplesoft just 4 days later.
Statement B then follows, by introducing Peoplesoft’s boss Craig Conway and quoting his statements.
D follows B as it continues the statements of Mr.Craig.
E is the concluding sentence.

BD is a link. This is because B talks about “the unpleasant human animal” that the author has met and D says that such types are fortunately rare. Similarly, AC is a link. A says that the author is intolerant of human shortcomings, but that he has been lucky in meeting mostly charming people. C explains why this might be the case. E is the best opening sentence. The order of sentences is, therefore, EACBD.

C is the best opening sentence. It says that the Qwerty keyboard was designed for solving a specific problem. E follows and talks about what that problem is. This is followed by A which talks about how the Qwerty design solved this problem. It also talks about the shortcoming of the Qwerty design. This is followed by B which talks about a different design which tried to solve the same problem.
The last sentence is D, which says the second design was never widely adopted even though, with the advent of electrical typewriters and PCs, the original problem of the typrewriters ceased to be a problem anymore.

Statement B is the perfect starting sentence. Also sentences D,A and C are connected. Hence  DAC is mandatory. There is only one option with the above requirement. Hence option A.

Among given sentences E seems most perfect starting sentences as it introduces the topic and othe options take it forward. Also statement B should follow D thus wehave DB as the pair. Option D is the only option which fulfils these requirements.

Out of statement C, E and D , E perfectrly opens the topic . Also statement B should come after statement C, as C talks about how pyramids and temples are sources of information and B takes it forward by saying that even papyrus came from pyramids. SO we have CB pair. Hence, Option C .

Befor finding the opening statement, first see if there is any link between sentences. We can clearly see that statement D should follow E. Thus link ED is compulsary pair. Also statement A should follow B , as statement B infers from A . Thus only logical sequence is CEDBA.

We hope this Para Jumbles Questions for NMAT pdf for NMAT exam will be highly useful for your Preparation. 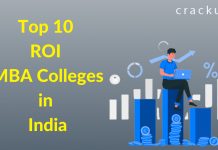 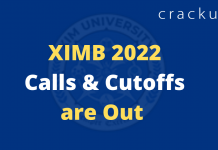 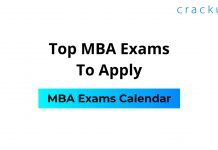