We are providing RBI Assistant Exam English para jumbles questions and answers, which will be very useful questions like Bank Clerk and PO Exams. In para jumble questions a set of statements will be given and the candidates are asked to arrange them to form meaning full order.

Which of the following should be the FIRST sentence after rearrangement ?

Which of the following should be the SECOND sentence after rearrangement ?

Which of the following should be the THIRD sentence after rearrangement ?

Which of the following should be the FOURTH sentence after rearrangement ?

Which of the following should be the LAST(SIXTH) sentence after rearrangement ?

Sentence D is clearly the first sentence as it introduces the basic elements of the story being told. D is followed by A as it introduces the character of fox on whose actions the rest of the proceedings depend. In the last part of A, the mother duck asks her children to hurry to the the lake. In sentence C, this instruction is carried out by the ducklings. Thus A is followed by C. C is followed by F as the line “the fox saw her” in F refers to the dragging of wings by the mother duck mentioned in C.E is definitely the last sentence as it provides an apt conclusion to the proceedings. Among B and F, the events in B could be present only after F. Thus the correct order of the sentences is DACFBE.

Thus D is the first sentence of the paragraph.

Thus A is the second sentence of the paragraph.

Thus C is the third sentence of the paragraph.

Thus F is the fourth sentence of the paragraph.

Thus E is the last sentence of the paragraph. 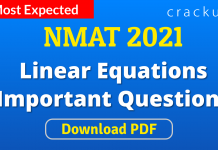 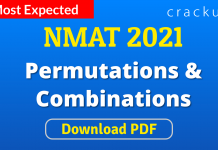