Read the passage given below and answer the following questions

Firms are said to be in perfect competition when the following conditions occur: (1) many firms produce identical products; (2) many buyers are available to buy the product, and many sellers are available to sell the product; (3) sellers and buyers have all relevant information to make rational decisions about the product being bought and sold; and (4) firms can enter and leave the market without any restrictions—in other words, there is free entry and exit into and out of the market.

A perfectly competitive firm is known as a price taker, because the pressure of competing firms forces them to accept the prevailing equilibrium price in the market. If a firm in a perfectly competitive market raises the price of its product by so much as a penny, it will lose all of its sales to competitors. When a wheat grower, wants to know what the going price of wheat is, he or she has to go to the computer or listen to the radio to check. The market price is determined solely by supply and demand in the entire market and not the individual farmer. Also, a perfectly competitive firm must be a very small player in the overall market, so that it can increase or decrease output without noticeably affecting the overall quantity supplied and price in the market.

A perfectly competitive market is a hypothetical extreme; however, producers in a number of industries do face many competitor firms selling highly similar goods, in which case they must often act as price takers. Agricultural markets are often used as an example. The same crops grown by different farmers are largely interchangeable. According to the United States Department of Agriculture monthly reports, in 2015, U.S. corn farmers received an average price of $6.00 per bushel and wheat farmers received an average price of $6.00 per bushel. A corn farmer who attempted to sell at $7.00 per bushel, or a wheat grower who attempted to sell for $8.00 per bushel, would not have found any buyers. A perfectly competitive firm will not sell below the equilibrium price either. Why should they when they can sell all they want at the higher price?

Source: Principles of Economics, Download for free at http://cnx.org/content/col11613/latest.

Question 1: Choose the word that is synonymous with the word “Hypothetical” as used in the passage.

The author says that the idea of perfectly competitive market is a “hypothetical” extreme but similar though not exactly same conditions exist in many industries. Hypothetical, as used in the passage, means theoretical. Hence, option A.

Question 2: Choose the word that is synonymous with the word “Prevailing” as used in the passage.

The passage refers to “prevailing equilibrium price” which refers to the price existing in the market at that particular point of time. Hence, current is synonymous with prevailing as used in the passage.

Question 3: What is the purpose of the passage?

a) To encourage perfect competition in all fields

c) To explain why perfect competition is hurting our farmers

d) To explain supply and demand economics to the reader

Question 4: From the passage, it can be inferred that the author is a

The passage gives us the economic theory behind the concept of perfect competition. As an economics concept is explained, the author is likely to be an Economist.

e) II and III only

The passage says that a perfectly competitive market is a “hypothetical extreme” i.e. it is merely theoretical and not practical. Thus, we can infer statement I. Statement II is not stated in the passage and III is not true according to the passage. Hence, option A.

Question 6: Why, according to the author, must a perfectly competitive firm be a small player in the overall market?

The passage states that “a perfectly competitive firm must be a very small player in the overall market, so that it can increase or decrease output without noticeably affecting the overall quantity supplied and price in the market”. Hence, option C.

Question 7: Why is agriculture a good example of perfect competition?

Hence, the correct option is option (a)

Question 8: The rules of perfect competition would definitely not apply to which of the following firms?
I) A wheat farmer
II) A firm that produces standardized nuts and bolts
III) A utilities company that has monopoly over electricity supply to an area
IV) A firm that has an exclusive patent over its products

e) III and IV only

Question 9: According to the author, who determines the price of wheat?

b) Market Supply and Demand

The passage states that the price of wheat is not decided by individual farmers and is decided solely by the supply and demand in the market. Hence, the correct answer is option B.

Question 10: According to the passage, why is a perfectly competitive firm a price taker?

According to the passage, a perfectly competitive firm cannot sell its goods above the market price as it would lose all of its customers to its competitors. Hence, it is forced to sell it at market price. Thus, the correct answer is option D.

Once a king saw some young boys pelting stones on a snake. He prevented the boys from killing the snake. Thus he saved its life.The snake, which was the King of the Snake World, thanked him and favoured him with a supernatural gift by which he could understand the language of any animal. But he warned him that that divulgence of the secret would cost him his life.
One day, when the King was sitting in his garden and enjoying breakfast, a small portion of the sweet fell on the ground.Soon he heard an ant shouting, “My God”, what a big wagon-ful of sweet has fallen and there is none to consume it.Ah ! I can enjoy all, now.”Hearing this, the King smiled and chuckled.The queen, who was sitting next to him,was curious to note the changing countenance of the King.She asked him to tell her the reason for the smile. But the King kept silence,she attacked his self-respect by calling him a “liar” and muttered that all his expressions of endearment like-You are dearer to me than my very life”.-were nothing but a pack of lies.The King, however,could not bear the attacks on his self-respect and eventually conceded to divulge the secret on the following day in the royal,garden; and made up his mind to sacrifice his life.
A donkey overheard the King’s resolve and decided to save him,because the King was righteous.So, he picked up one of his friends-the goat and they both decided to save the King.
Next day, when the King and his retinues were on the way to the royal park,the donkey and the goat stood conversing on one side of the path.The King overheard the goat saying to the donkey, “You are a fool but not as big a fool as in the king. “Having heard so, the King was curious to know as to why was he being called a “bigger fool”. So, he said to the goat. “Pray, then tell me what to do as I am now committed to tell her on her back”.
When the King reached the garden he said to the queen “I am now ready to tell you the secret on the condition that you are willing to receive one hundred lashes in return”.The queen considered the condition a joke and nodded in agreement.The King then waved at one of his guards to lash her with all his power.And no sooner than she received two lashes she wailed and shouted “No ! No ! Stop, do not lash me ! I don’t want to know the secret now”.
The King then said scornfully, “You wanted to know the secret at the cost of my life, but now you don’t want to know because you have to save your skin.You deserve a few more lashes.”But before he could order his man to give her a few more lashes, the King’s trustworthy minister intervened and requested him to forgive her.Thus the queen was not lashed further, yet she received the same honour and dignity.

Question 15: Why did the king agree to tell the secret to the queen in the first place ?

c) As he did not value his life much

Refer to 2nd para 3&4 Lines,those mention that the king was asked by the curious queen to know the reason for his countenance. For not disclosing the fact,she called him a liar and a dishonest person. Hence,A

Question 16: Which of the following can be said about the King ?
(A)He was noble
(B)He was impatient
(C)He was selfless

Refer to 3rd para. It states that the king is righteous, which means noble and honest. Hence,D is correct.

Question 17: What was the condition on which the King agreed to tell the secret to the queen ?

Refer to 5th para 1st line.It states that the king agreed to disclose the secret to the queen if she accepts 100 Lashes on her back. Hence,E is correct.

Question 18: Why did the queen not receive the same honour and dignity as she had before ?

d) As she wanted to punish the King

The passage states that the even though, she intimidated the king ,he has given her the honour and status. Hence,E

Question 19: Which of the following words can be used to describe the queen ?
(A)Loyal
(B)Selfish
(C)Prying

Prying means poking into one’s affairs. Selfish means doing things only for self. The passage says that the queen unnecessarily angered the king by intruding into his affairs. Also, she is mentioned to be selfish as she got rid off lashes inorder to replace the king’s secret sustain her queenship. Hence, C.

Question 20: Why did the King chuckle ?

b) As he was enjoying his breakfast a lot

d) As he was very proud of his newly acquired power

Chuckle means to laugh quietly. Hence, refer to 2nd para 2nd line. It states that the king laughed at the words of ant stating that a big piece of sweet has fallen and nobody is ready to eat. Hence,A

Question 21: Why did the queen agree to the condition laid down by the King in order to know the secret ?

Refer to 5th para 2nd line. It states that the queen thought that the kings’s words were jokes and he may not punish her with lashes. Hence,B.

Question 22: Why did the snake give a gift to the King ?

a) As the King did not kill the snake

b) As the snake liked the king a lot

Refer to 1st para 2nd line which states that the king prevented boys from killing the snake and in return he received a boon. Hence,D 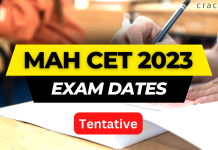 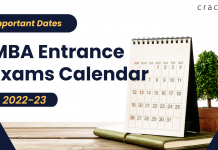 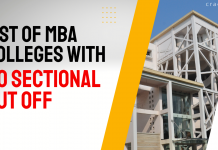