Question 1: To which country does the celebrated author and leadership speaker Robin Sharma belong?

Question 2: Which of the following metals is found in free state?

Question 3: What is the name of the southernmost tip of the continent of South America? At this place
the Pacific and Atlantic oceans converge.

b) Cape of Good Hope

Question 4: Sir Charles Wilkins is known and remembered for which of the following translations?

a) ‘The Old Testament’ to Hindi

Question 5: There are 15 protons and 22 neutrons in the nucleus of an element. What is its mass number?

Question 6: Who was the first Indian to win the 52nd Capablanca Memorial Chess tournament at Cuba?
Latek

Question 7: The forces between two bodies are always equal and opposite. This idea is stated in the
form of Newton’s:

a) first and second law of motion

b) first law of motion

Question 8: Acids that contain Hydrogen and other non-metallic element(s), except Oxygen, are called:

Question 9: Name the largest recognized constellation in the sky?

Question 10: The pitch of a sound depends on its:

Question 11: Which one of the following elements is polyatomic?

Question 12: Which of the following is added to iron to make iron hard and strong?

Question 13: With a Concave misor(Centre of curvature), when an object is placed at the Focus (F),
which of the following applies for the image?

a) Real, inverted image of the same size at C

b) Real, inverted, diminished image between C and F

Question 15: Which of the following is an island state of the USA?

We hope this General Knowledge Questions Set-2 for RRB NTPC Exam will be highly useful for your Preparation. 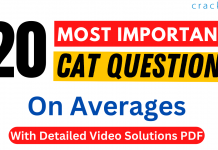