Question 1: The offer of the government to make iodised salt available at a low price of one rupee per kilo is welcome, especially since the government seems to be so concerned about the ill effects of non-iodised salt. But it is doubtful whether the offer will actually be implemented. Way back in 1994, the government, in an earlier effort, had prepared reports outlining three new and simple but experimental methods for reducing the costs of iodisation to about five paise per kilo. But these reports have remained just those — reports on paper.
Which one of the following, if true, most weakens the author’s contention that it is doubtful whether the offer will be actually implemented?

a) The government proposes to save on costs by using the three methods it has already devised for iodisation.

b) The chain of fair-price distribution outlets now covers all the districts of the state.

c) Many small-scale and joint-sector units have completed trials to use the three iodisation methods for regular production.

d) The government which initiated the earlier effort is in place even today and has more information on the effects of non-iodised salt.

Question 2: Although in the limited sense of freedom regarding appointments and internal working, the independence of the Central Bank is unequivocally ensured, the same cannot be said of its right to pursue monetary policy without co-ordination with the central government. The role of the Central Bank has turned out to be subordinate and advisory in nature.
Which of the following best supports the conclusion drawn in the passage?

a) A decision of the chairman of the Central Bank to increase the bank rate by two percentage points sent shock-waves in industry, academic and government circles alike.

b) Government has repeatedly resorted to monetisation of the debt despite the reservations of the Central Bank.

c) The Central Bank does not need the central government’s nod for replacing soiled currency notes.

d) The inability to remove coin shortage was a major shortcoming of this government.

InstructionsWe have planned development with a view to raising standard of living of our teeming millions. Hence our economic development is inspired by social justice.

c) Both I and III

d) Both II and III

InstructionsWe will have to take more interest in hydro-electric projects. As the prices of oil have increased, it has become vital that
such renewable sources of energy are tapped.

d) Neither I nor II

InstructionsThere can be no civilization without music, dance or art, for one is not fully, vibrantly alive without them.

Question 5: The assumption/assumptions of the argument is /are which of the following?
A. Civilization and art are closely linked up.
B. If people are not full of life there can be no civilization.

d) Neither I nor II.

InstructionsIt is sometimes mooted that there can be democracy in a two party system. That would be correct if politics were a game like cricket or football; but politics is not sports.

Question 6: The assumption/assumptions of the argument is/are which of the following?
I.Politics is not a game.
II.Two party system is ideal for democracy.
III.Cricket is played by two teams.

Question 7: In order to ease the traffic congestion, the transport planners decided to have a sophisticated system of elevated monorail travel in the city. However, it was pointed out by somebody that a metro rail system would be a more effective solution to the traffic problem. The plan was thus stalled. Moreover, since a budget had not been drawn up for the project, it was deemed fit to stall the work of the monorail for some time. In the meanwhile, the traffic planners of the city decided to build an efficient system of subways and flyovers in the city with the aim of easing the same problem. At the instant when the planners were preparing to award the contracts to the concerned parties, the transport planners came up with the contention that the subways interfered with the site of a pillar of the monorail system. The traffic planners had to give up the idea and think of other possible solutions.
Which of the following can we infer from the above passage?

a) The city authorities felt that the monorail system was essentially impractical.

b) There is a strong contention between the two groups of planners in the city.

c) The projects would be stalled for an indefinite period.

Question 8: Whether we look at the intrinsic value of our literature, or at the particular situation of this country, we shall see the strongest reason to think that of all foreign tongues, the English tongue is that which would be the most useful to our native subjects. It can be inferred that

a) the speaker is a die-hard colonist.

b) the speaker has the good of the nation at heart.

c) the speaker is addressing an issue related to a colonial empire.

Question 9: Cigarettes constitute a mere 20% of tobacco consumption in India, and fewer than 15% of the 200 million tobacco users consume cigarettes., Yet these 15% contribute nearly 90% of the tax revenues to the Exchequer from the tobacco sector. The punitive cigarette taxation regime has kept the tax base narrow, and reducing taxes will expand this base.Which one of the following best bolsters the conclusion that reducing duties will expand the tax base’?

a) The cigarette manufacturers’ association has decided to indulge in aggressive promotion.

b) There is a likelihood that tobacco consumers will shift to cigarette smoking if cigarette prices were to reduce.

c) The cigarette manufacturers are lobbying for a reduction on duties.

d) An increase in duties on non-cigarette tobacco may lead to a shift in favour of cigarette smoking.

Question 10: Widespread use of lectures in class-rooms in business schools leads to severe negative consequences. The first consequence is theoretically knowledgeable graduates who cannot apply theory to solve real world problems. The more serious consequence is that lectures encourage a feeling of total omniscience among them which persists for quite some time after graduating. This feeling prevents “them from learning from their subordinates and colleagues.
Which of the following can best help to reduce these negative consequences among the students in a business school?

a) Use illustrations of real life problems in classrooms.

b) Send the students to find business problems so that it can be discussed in classrooms.

c) Business education to be given to students, who have work experience.

d) Modify the pedagogy to have knowledge of theory and application in parallel.

e) Removing theoretical inputs from the curriculum altogether; only practical problems to be discussed in class rooms.

If there is evidence that the earlier proposal had been put into practice and not just remained a proposal on paper, then the contention of the author that the new proposal will also remain a proposal on paper is weakened. This is captured by the statement in option c), which says that many small-scale and joint-sector units have completed trials to use the three iodisation methods for regular production. This weakens the author’s contention.

Statement 1 is a fact stated in the premise. The author says that “it has become vital that such renewable sources of energy are tapped.” while referring to hydroelectric power. As the information is given in the premise, it is not an assumption but an explicitly stated fact.

In these lines the author states that if one is not fully vibrant then there can be no civilization. Hence B is an assumption. A cannot be concluded as we cannot say that the civilization and art are closely related to each other. According to the argument it is just one of the condition for the civilization to exist. It does not suggest that they are closely linked up.

That politics is not a game is mentioned in the premise. The premise says that there can be democracy in a two party system if it is like a game like Cricket. It underlying assumption is that Cricket is a game played by two teams. So, only III is a valid assumption. Option c) is the correct answer.

Option A cannot be inferred as it is nowhere mentioned. Option B is not necessarily true. The two groups may not agree to each others plans even if they are friendly with each other. Thus, just from the fact that they opposed each others plans we cannot infer that there is contention between the two groups. From the paragraph, we can infer that neither of the two groups can proceed i.e. neither the traffic planners nor the transport planners can move ahead with any plan. Thus, both the parties are dead-locked. Hence, we can infer option C.

Option a) is incorrect because we cannot infer that the speaker is a colonist. The speaker could be a neutral observer. So, we cannot say that he has the good of the nation at heard. English is not an issue that is related only to the colonial empire. We cannot infer the statement in option c) also.

Option d) is the correct answer.

The negative consequences are due to the fact that the theory learnt in the classroom cannot be applied in the real life situation by the students. To cope with this situation, the classrooms should teach how to apply theoretical knowledge in practical domain. Option D is the most relevant.

We hope this Critical Reasoning Questions Set-2 PDF for XAT with Solutions will be helpful to you. 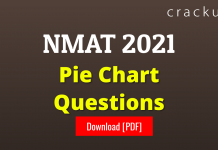 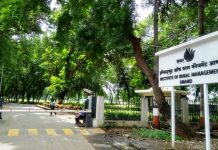 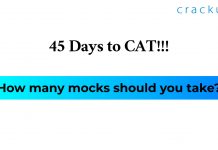 45 Days to CAT | How many mocks to take before CAT? 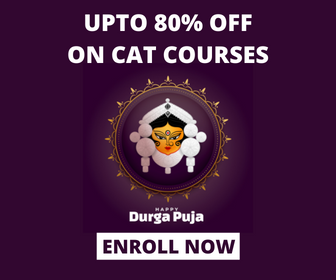