Reading comprehension is the most important topic in Verbal ability section of CAT exam. Some of the questions on RC are based on Critical reasoning. This type of questions on critical ability tests your ability to analyse how the given statement would affect the argument. We have given some solved critical questions with answers.

It is sometimes mooted that there can be democracy in a two party system. That would be correct if politics were a game like cricket or football; but politics is not sports.

Which of the following would strengthen the argument?

a) Two party system functions well
b) Politics is a dirty game.
c) Two political parties limit the choice of the voters.
d) None of these.

Which of the following would weaken the argument?

a) The game of politics is played like any other game, for example, football.
b) Politics is not a sport.
c) Political parties struggle for power.
d) None of these.

The assumption/assumptions of the argument is/are which of the following?
I. Politics is not a game.
II. Two party system is ideal for democracy.
III. Cricket is played by two teams.

We will have to take more interest in hydro-electric projects. As the prices of oil have increased, it has become vital that such renewable sources of energy are tapped.

Which of the following will weaken the argument?

a) Generation of hydroelectric power is more costly than oil.
b) OPEC increased oil prices.
c) Without energy we cannot manage.
d) None of these.

Answers and Solutions for Critical Reasoning Questions for CAT PDF:

In this paragraph, the author compares the politics with the game like cricket or football and wants to conclude there can be no democracy in 2 party system. Option C strengthens the fact as if it was true than the two party system in a democracy would not be good as it limits the choice of voters.

The contention of the argument is that there cannot be democracy in a two party system because politics is game unlike the other traditional games. So, if it is true that even politics is played like other games, then the argument is weakened. Option a) is the correct answer.

That politics is not a game is mentioned in the premise. The premise says that there can be democracy in a two party system if it is like a game like Cricket. It underlying assumption is that Cricket is a game played by two teams. So, only III is a valid assumption. Option c) is the correct answer.

Statement 1 is a fact stated in the premise. The author says that “it has become vital that such renewable sources of energy are tapped.” while referring to hydroelectric power. As the information is given in the premise, it is not an assumption but an explicitly stated fact. 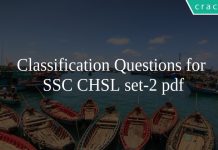 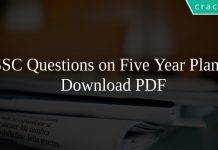 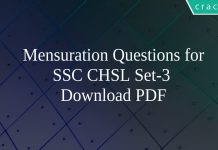