InstructionsThere can be no civilization without music, dance or art, for one is not fully, vibrantly alive without them.

Question 1: Which of the following would strengthen the argument?

a) Music, dance and art are human activities.

b) Only the vibrantly alive can contribute to civilization.

d) None of these.

Question 2: In order to ease the traffic congestion, the transport planners decided to have a sophisticated system of elevated monorail travel in the city. However, it was pointed out by somebody that a metro rail system would be a more effective solution to the traffic problem. The plan was thus stalled. Moreover, since a budget had not been drawn up for the project, it was deemed fit to stall the work of the monorail for some time. In the meanwhile, the traffic planners of the city decided to build an efficient system of subways and flyovers in the city with the aim of easing the same problem. At the instant when the planners were preparing to award the contracts to the concerned parties, the transport planners came up with the contention that the subways interfered with the site of a pillar of the monorail system. The traffic planners had to give up the idea and think of other possible solutions.
Which of the following can we infer from the above passage?

a) The city authorities felt that the monorail system was essentially impractical.

b) There is a strong contention between the two groups of planners in the city.

c) The projects would be stalled for an indefinite period.

Question 3: The effect produced on the mind by travelling depends entirely on the mind of the traveller and on the way in which he conducts himself. The chief idea of one very common type of traveller is to see as many objects of interest as he possibly can. If he can only after his return home say that he has seen such and such temple, castle, picture gallery, or museum, he is perfectly satisfied. Far different is the effect of travels upon those who leave their country with a mind prepared by culture to feel intelligent admiration for all the beauties of nature and art to be found in foreign lands. When they visit a new place, instead of hurrying from temple to museum to picture gallery, they allow the spirit of the place to sink into their minds, and only visit such monuments as the time they have at their disposal allows them to contemplate without irreverent haste. It can be inferred from the above passage that

a) the writer prefers the second type of traveller.

b) the first type of traveller is the lay traveller who does not understand the worth of any place he travels to.

c) the objective of the second type of traveller is not to see much, but to see well.

Question 4: Three airlines – IA, JA and SA – operate on the Delhi-Mumbai route. To increase the number of seats sold, SA reduced its fares and this was emulated by IA and JA immediately. The general belief was that the volume of air travel between Delhi and Mumbai would increase as a result. Which of the following, if true, would add credence to the general belief?

a) Increase in profitability of the three airlines.

b) Extension of the discount scheme to other routes.

c) A study that shows that air travellers in India are price-conscious.

d) A study that shows that as much as 80% of air travel in India is company-sponsored.

Question 5: According to McNeill, a Brahmin priest was expected to be able to recite at least one of the Vedas. The practice was essential for several centuries when the Vedas had not yet been written down. It must have had a selective effect, since priests would have been recruited from those able or willing to memorize long passages. It must have helped in the dissemination of the work, since a memorized passage can be duplicated many times.Which one of the following can be inferred from the above passage?

a) Reciting the Vedas was a Brahmin’s obligation.

b) The Vedic priest was like a recorded audio cassette.

d) Vedic hymns had not been scripted.

Question 6: Cigarettes constitute a mere 20% of tobacco consumption in India, and fewer than 15% of the 200 million tobacco users consume cigarettes., Yet these 15% contribute nearly 90% of the tax revenues to the Exchequer from the tobacco sector. The punitive cigarette taxation regime has kept the tax base narrow, and reducing taxes will expand this base.Which one of the following best bolsters the conclusion that reducing duties will expand the tax base’?

a) The cigarette manufacturers’ association has decided to indulge in aggressive promotion.

b) There is a likelihood that tobacco consumers will shift to cigarette smoking if cigarette prices were to reduce.

c) The cigarette manufacturers are lobbying for a reduction on duties.

d) An increase in duties on non-cigarette tobacco may lead to a shift in favour of cigarette smoking.

Question 7: Animals in general are shrewd in proportion as they cultivate society. Elephants and beavers show the greatest signs of this sagacity when they are together in large numbers, but when man invades their communities they lose all their spirit of industry. Among insects, the labours of the bee and the ant have attracted the attention and admiration of naturalists, but all their sagacity seems to be lost upon separation, and a single bee or ant seems destitute of every degree of industry. It becomes the most stupid insect imaginable, and it languishes and soon dies.Which of the following can be inferred from the above passage?

a) Humankind is responsible for the destruction of the natural habitat of animals and insects.

b) Animals, in general, are unable to function effectively outside their normal social environment.

c) Naturalists have great admiration for bees and ants, despite their lack of industry upon separation.

d) Elephants and beavers are smarter than bees and ants in the presence of human beings.

Question 8: Unlike other retail outlets, where items are purchased in any number of units the customer wants, in super – markets items are grouped in bulk packages. This bulk buying offers savings to the customer. The option to buy at wholesale prices by buying in bulk makes super – markets a practical choice for budget – conscious consumers.
Which of the following is an assumption necessary to the author’s argument?

a) Super – markets often have great buying power and lower overhead costs, so they can offer a greater variety of products than regular retail outlets.

b) Super – markets are often more conveniently located and have better parking facilities.

c) The emergence of super- markets has caused many small retail stores to close down and thus eliminate competition.

e) The financial savings from purchasing bulk packages may outweigh the inconvenience of being unable to purchase in any number of units that suits the customers’ needs.

Question 10: … there is a degree of convergence in the definition of trust which can be summarized as follows: Trust is a particular level of the subjective probability with which an agent assesses that another agent or group of agents will perform a particular action. When we say we trust someone or that someone is trustworthy, we implicitly mean that the probability that he will perform an action that is beneficial to us….

Which of the following statement BEST COMPLETES the passage above?

a) is high enough for us to find out if he will cheat us.

c) is low enough for him not to engage in negative behavior against us.

d) is high enough for us not to build defences against his possible aggression.

e) is low enough for us to attack him.

Option A cannot be inferred as it is nowhere mentioned. Option B is not necessarily true. The two groups may not agree to each others plans even if they are friendly with each other. Thus, just from the fact that they opposed each others plans we cannot infer that there is contention between the two groups. From the paragraph, we can infer that neither of the two groups can proceed i.e. neither the traffic planners nor the transport planners can move ahead with any plan. Thus, both the parties are dead-locked. Hence, we can infer option C.

According to the passage, the latter kind of travelers only visit such monuments as the time they have at their disposal allows them to contemplate without irreverent haste.

A is incorrect as the preference of the writer is not the main subject of focus.
B is way too harsh. This cannot be inferred from the passage.
C correctly describes the second kind of travelers.

Thus, C is the correct answer.

The stated conclusion is that volume of air travel will increase if the airfare drops. The underlying assumption is that the travellers decide whether or not to fly based on the cost of the ticket. Option C bolsters the assumption and hence supports the conclusion.

Option D weakens the argument as if travellers are not paying for their ticket, they will not be price-sensitive. The extension of the scheme to other routes or airline profitability does not necessarily reflect on how the scheme is doing over the given route.

The paragraph states that a memorized passage could be duplicated multiple times. Thus, we can infer that a Vedic priests memory was as reliable as an audio tape. Thus, option B can be inferred from the paragraph.

The paragraph states that animals, from elephants and beavers down to the bee, lose their spirit and intelligence when they are separated from the communities and their environments are invaded by humans. Hence, option B directly follows from this premise.

We hope this Critical Reasoning questions and answers for SNAP PDF will be helpful to you. 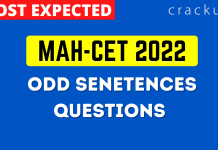 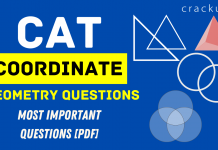 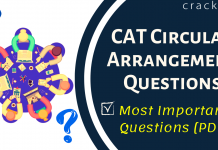