In each of the following questions, from the given alternative words, select the word which cannot be formed using the letters of the given word.

The following bar chart shows the marks scored by Amit and Beena in five subjects. All scores are integers. 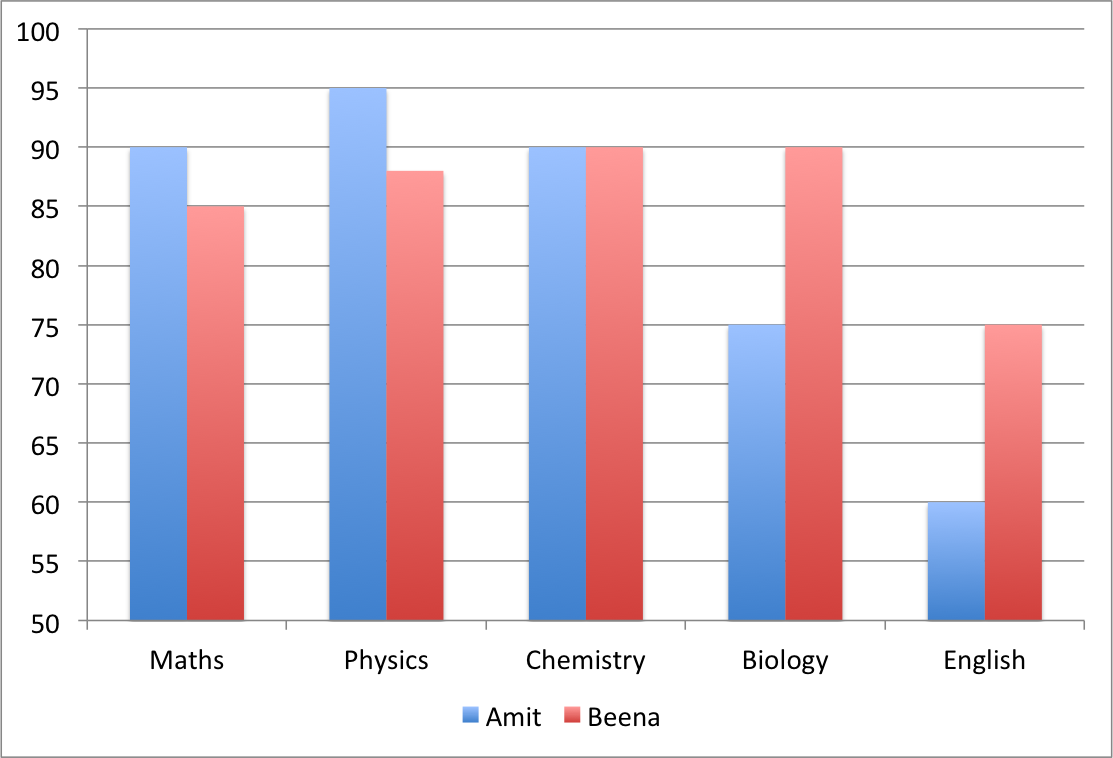 Question 2: What is the ratio of Amit’s score in Chemistry to Beena’s score in English?

In each of the following questions, from the given alternative words, select the word which cannot be formed using the letters of the given word.

Question 3: If each of the letters in the English alphabet is assigned odd numerical value beginning A = 1, B = 3 and so on, what will the total value of the ewers for the word ‘HOTEL’ ?

In each of the following questions, a series is given, with
one term missing. Choose the correct alternative from the given ones that will complete the series.

Question 12: Select the related word/letters/numbers from the given alternatives:
Destroy : Create :: Sound : ?

Question 13: In a certain language, LEGEND is coded as MDHDOC. What is the code for ROCKSTAR?

Question 14: In a certain code, PRODUCTIONS is written as QQPCVBUHPMT. How is ESTABLISHMENT written in that code?

Question 15: In a certain language the word GREAT is coded as TIVZG. How will the word CHAMPION be coded in the same language?

Destroy and Create are opposite to one another.
So, ? should be opposite of Sound which is Silence.
Thus, D is the correct answer.

Here, the first letter is replaced by next alphabet and second is replaced by previous alphabet and the same pattern is followed for the entire word.
ROCKSTAR will be coded as below.
R – >S
O -> N
C->D
K-> J
S-> T
T->S
A->B
R->Q
SNDJTSBQ is the code for ROCKSTAR