Directions: Study the following information and answer the questions given below:

Question 1: Who is sitting second to the right of E?

Question 2: Who among the following is the Professor?

Question 4: What is the position of L with respect to the Scientist?

Question 5: Which of the following statements is true according to the given arrangement? 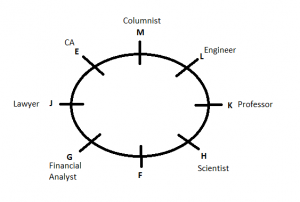 Second to right of E is G.

K is the professor.

Except J and Engineer, all the other pairs are opposite to each other.

Therefore J and Engineer is the answer

Second to the right of scientist is L.

According to the figure, only option 1, which says that the lawyer is second to the left of doctor, is correct. 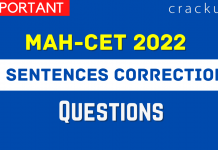