Question 1: Name the recipient of the Padma Bhushan Award, 2019 for Trade and Industry (Food Processing).

Question 2: Tennis player Somdev Kishore Devvarman was awarded the ………. in 2018.

Question 3: Who is the only foreigner to receive the Padma Vibhushan Award in 2019?

Question 4: ……… was honoured with the “Outstanding Parliamentarian Award” in 2017.

Question 6: Who was the first recipient of Jnanpith Award?

Question 7: Who has been re-appointed as the chairman of the ICC cricket committee after its recent meeting in Dubai?

Question 8: Which of the following Indian psychiatrists was awarded the Ramon Magsaysay Award in 2018 for leading the rescue of thousands of mentally ill street paupers and reuniting them with their families?

Question 10: In a particular year how many maximum Bharat Ratna awards can be presented?

Question 11: Dhyan Chand Award 2018 Recipient for archery is bestowed upon ……. for lifetime contribution to sports development.

Question 13: Mohandas Gandhi was awarded the Kaisar-i-Hind award in 1915 by ….. of Penshurst for his contribution to ambulance services in South Afiica.

Question 14: Who among the following was NOT a recipient of the Arjuna Award 2018?

Question 15: Which organization received ‘Non-Life Insurer of the Year’, 2019 award presented by ASSOCHAM (The Associated Chambers of Commerce and Industry of India)?

a) General Insurance Corporation of India

b) Agriculture Insurance Company of India

Question 16: Bharat Rama and Padma Vibhushan Awards in India were instituted in the year …..

Question 17: With which of the following folk dance, India has made it’s entry in the Guinness Book of World Records in the year 2015?

Question 18: Who has written the play named “Macbeth”?

Question 19: The book ‘Ammachi’s Amazing Machines’ by ……… won ‘The Hindu Young World-Goodbooks Award‘ 2018 in the ‘Best Picture Book: Illustration’ category at the event. 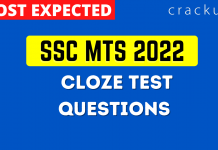 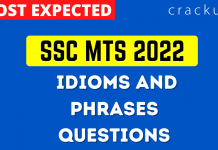 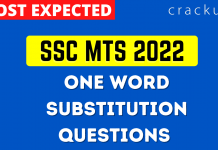