Andhra Pradesh Public Service Commission has released the notification for the APPSC Group-1 recruitment. Candidates are required to download the syllabus and start preparing to get a job in state government.

There will be 1/3 Negative marks per each wrong answer.

The papers of Telugu and English are in qualifying in nature and the
marks secured in these papers are not counted for merit.

After written examination (Conventional Type), eligible candidates will be called for an
Interview at the ratio of 1:2

1. Indus Valley Civilization: Features, Sites, Society, Cultural History, Art and Religion. Vedic Age- Mahajanapadas, Religions-Jainism and Buddhism.
The Maghadas, the Mauryan , Foreign invasions on India and their impact, the Kushans. The Sathavahanas the Sangam Age, the Sungas, the Gupta Empire -their Administration-
Social, Religious and Economic conditions-Art, Architecture, Literature, Science and Technology.
2. The Kanauj and their Contributions, South Indian Dynasties – The Badami Chalukyas, the
Eastarn Chalukyas, the Rastrakutas, the Kalyani Chalukyas, the Cholas, the Hoyasalas, the
Yedavas, the Kakatiyas and the Reddis.
3. The Delhi Sultanate, the Vijaynagar Empire and the Mughal Empire, the Bhakti Movement
and Sufism – Administration, Economy, Society, Religion, Literature, Arts and Architecture.
4. The European Trading companies in India- their struggle for supremacy-with special
reference to Bengal, Bombay, Madras, Mysore, Andhra and Nizam, Governor-Generals
and Viceroys.
5. Indian War of Independence of 1857 – Origin, Nature, causes, consequences and
significance with special reference to Concerned State, Religious and Social Reform
Movements in 19th century in India and Concerned State, India’s Freedom Movement,
Revolutionaries in India and Abroad.
6. Mahatma Gandhi, his thoughts, Principles and Philosophy. Important Satyagrahas, the Role
of Sardar Patel, Subash Chandrabose in Freedom Movement and Post independence
consolidation.
Dr. B.R. Ambedkar, his life and contribution to making of Indian Constitution, India after
Independence – Reorganization of the States in India.

1. Basic characteristics of Indian Economy as a developing economy – Economic
development since independence objectives and achievements of planning – NITI Ayog and
its approach to economic development – Growth and distributive justice – Economic

You should cover important current affairs of the past 3-4 months.

01 ESSAY (A minimum of 200 words and a maximum of 250 words): 20 Marks
Choose any one topic from a list of five. (Descriptive/ analytical/ philosophical/
based on Current Affairs)
02 LETTER WRITING (in about 100 words): 10 Marks
A formal letter expressing one’s opinion about an issue. The issues can deal with daily
office matters/ a problem that has occurred in the office/ an opinion in response to one
sought by a ranked officer etc.
03 PRESS RELEASE/ APPEAL (in about 100 words): 10 Marks
The PR or appeal should be on an issue pertaining to a recent
concern/problem/disaster/rumours etc.
04 REPORT WRITING (in about 150 words): 15 Marks
A report on an official function/event/field trip/survey etc.
05 WRITING ON VISUAL INFORMATION (in about 15
150 words):
A report on a graph/image/ flow chart/table of comparison/ simple statistical data
etc.
06 FORMAL SPEECH (in about 150 words): 15 Marks
A speech (in a formal style) that is to be read out in a formal function. This could be an
inauguration speech, an educational seminar/conference, a formal ceremony of
importance etc.
07 PRECIS WRITING: 15 Marks
A precis in about 100 words for a 300-word passage.
08 READING COMPREHENSION: 15 Marks
A reading passage of about 250 words to be given
followed by short-answer type questions.
09 ENGLISH GRAMMAR: 20 Marks
Multiple choice questions set from the following list:
a. Tenses
b. Voice
c. Narration (Direct-Indirect)
d. Transformation of sentences
e. Use of Articles and Determiners
f. Use of Prepositions
g. Use of Phrasal verbs
h. Use of idiomatic expressions
i. Administrative Glossary
j. Synonyms/Antonyms
k. One-word substitution
l. Cohesive devices/Connectives/Linkers
m. Affixes
n. Words that cause confusion like homonyms/homophones.
10. TRANSLATION: 15 Marks
Translation of a short passage (of about 150
words) from Regional Language to English.

candidate should write three Essays one from each section compulsorily in
about 800 words each.
Objective:
This paper is designed to test candidate’s (i) knowledge / awareness of a variety of Subjects
and (ii) their ability to compose a sustained piece of writing in the form of an essay.
Contents:
i. Current affairs
ii. Socio- political issues
iii. Socio- economic issues
iv. Socio- environmental issues
v. Cultural and historical aspects
vi. Issues related to civic awareness
vii. Reflective topics
Areas of Testing:
This paper would test the following:
1. Ability to compose a well-argued piece of writing
2. Ability to express coherently and sequentially
3. Awareness of the subject chosen
Evaluation / Marking:
Credit will be given for the following:
a. Observing established rules and format for essay writing
b. Grammatical correctness of expression
Originality of thought and expression.

History and cultural heritage of india

A .History and Culture of India:

1. Pre-Historic Cultures in India- Indus Valley Civilization- Vedic Culture- Mahajanapadas-
Emergence of New Religions-Jainism, Buddhism- Rise of the Magadha and Age of the

Mauryas- Ashoka Dharma- Foreign Invasions on India- The Kushans.
The Satavahanas, the Sangam Age in South India- the Sungas- the Guptas- the Kanauj and
their Contributions- Historical Accounts of Foreign travelers- Early Educational Institutions.
2. The Pallavas, the Badami Chalukyas, the Eastern Chalukyas, the Rashtrakutas, the Kalyani
Chalukyas and the Cholas- Socio Cultural Contributions, Language, Literature Art and
Architecture- Delhi Sultanates- Advent of Islam and its Impact- Religious Movements like
Bhakti and Sufi and Its Influence.
Growth of Vernacular Languages, Scripts, Literature, Fine Arts- Socio Cultural Conditions of the
Kakatiyas, the Vijayanagaras, the Bahmanis, the Qutubsahis and their cotemporary South
Indian kingdoms.

(A) Indian Polity and Constitution:

1. Indian Constitution and its salient features – Functions and duties of the Indian Union
and the State Governments.
2. Issues and challenges pertaining to the Federal structure — Role of Governor in States –
Distribution of powers between the Union and States (Union list, State list and Concurrent
list) — Issues and challenges.
3. Rural and Urban Local Governance under 73rd and 74th Constitutional Amendment –
Constitutional Authorities and their Role.
4. Parliament and State Legislatures — structure, functioning, conduct of business,
powers & privileges and issues arising out of these.
5. Judiciary in India — Structure and functions, important provisions relating to emergency
and constitutional amendments, judicial review, Public Interest Litigation.

(B) Public Administration and Governance:

6. Meaning, Nature and Scope of Public Administration — Evolution in India —
Administrative ideas in Kautilya’s Arthashastra; Mughal administration; Legacy of British
rule.
7. Government policies and interventions for development in various sectors and issues
and problems of implementation.
8. Development processes – the role of civil society, NGOs and other stakeholders –
9. Statutory, regulatory and various quasi-judicial authorities – Role of Civil Services in
Democracy.
10. Good governance and e-governance- Transparency, accountability and
responsiveness in governance — Citizen’s Charter. RTI, Public Service Act and
their implications, Concept of Social Audit and its importance.

(C). Ethics in Public Service and knowledge of law

11. Ethics and Human Interface: Essence, determinants and Consequences of Ethics in
Human actions: dimensions of Ethics: Ethics in Private and Public relationships,
Ethics-integrity and Accountability in Public Service.
12. Human values: Understanding the Harmony in existence Human relationships in the society
and in the Nature. Gender Equability in the relationships Role of family, society and
Educational Institutions in imparting values to citizens, lessons from the lives and teachings
of great leaders, reformers and administrations.
13. Attitude: Content, Functions, its influence and relation with thought and behaviour, Moral

and Political attitudes, role of Social influence and persuasion. Emotional intelligence-
Concepts and their utilities and application in Administration and Governance.

Vaccines: Introduction to immunity, Fundamental concepts in vaccination, Production of Modern
Vaccines (production of Hepatitis vaccine).
9. Issues related to Intellectual Property Rights in the field of Science and Technology. Promotion of
Science in AP and India. 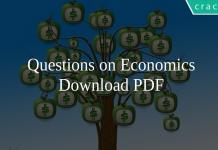 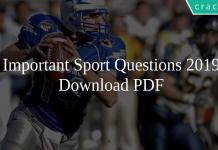