Question 1: From the alternatives given pick the word or phrase that is closest in meaning in the given context.
Prevaricate: When a videotape of her meeting was played back to her and she was asked to explain her presence there, she started prevaricating.

Question 2: From the alternatives given pick the word or phrase that is closest in meaning in the given context.
Ostensible: Manohar’s ostensible job was to guard the building at night.

Question 4: Choose from among the given alternatives the one which will be a suitable substitute for the expression in quotes. The “marriage of the princess with the commoner” caused a furore among the royalty.

Question 5: Choose from among the given alternatives the one which will be a suitable substitute for the expression in quotes. “The body of Macedonian infantry drawn up in close order” was like a formidable castle of steel.

Question 6: Choose the pair which does not exhibit the relationship similar to that expressed in RENT : LEASE

Find the odd word out from each of the following sets of four word.

Question 8: Select the pair that best expresses a relationship similar to the one expressed in the question pair. Love : Obsession

Question 9: Fill in the blanks: Football evokes a ___ response in India compared to cricket, that almost ___ the nation.

Question 10: The boss called to inform that he _________ be coming to office that day. However the employees did not take it easy as they know it was his _________ to give them a surprise by coming in and checking who was at work. Any employee, once caught not working, would then be required to _________ on the reasons for not working and if the boss was not satisfied the employee had to work on Sunday to __________ the wrong.
The option that best fills the blanks in the above paragraph would be:

Option A is correct.

‘To prevaricate’ is ‘to mislead deliberately’. In other words, it is to speak evasively.

Other options talk about furiousness and violence, which are wrong in this context.

The correct option is “apparent”.

The meaning of the word ‘ostensible’ is ‘clearly evident’ and does not hint any kind of pretense or deceit.

So, the word ‘apparent’ is the suitable word in this context.

Option a) is the correct answer.

The sentence is trying to convey the idea that high prices often accompany a scarcity of goods. From the options, the best combination of words in this context is ‘accompaniment’ and ‘dearth’, which means ‘scarcity’. Option a) is the correct answer.

An alliance is an association or organization formed between two parties for the mutual benefit of each other. In this case, the sentence is trying to convey the idea that the alliance is not working. In other words, it is a ‘misalliance’. Option b) is the correct answer.

A phalanx is a rectangular military formation, usually composed of heavy infantry. This is the most suitable word in the context. Option a) is the correct answer.

Intrusion involves a solid object moving through existing formations. All the other three actions relate to liquids.

Lukewarm is the correct usage in the first blank as it means not entusiastic. “Electifies” correctly matches the second blank. Hence the correct option is B.

‘Won’t’ means ‘will not’.
‘Wont’ means ‘one’s customary behaviour.’.
‘Expatiate’ means ‘to speak or write in detail about’.
Expiate means ‘to make amends or reparation for (guilt or wrongdoing)’.
‘Expatriate’ means ‘send (a person or money) abroad.’.
‘Wont’ cannot fit in the first blank. Options C and E are incorrect.
‘Expatriate’ does not fit in the third blank. Option D is wrong. It should be filled with ‘expatiate’.
Hence, option A is the correct answer.

We hope this Vocabulary Set-2 questions and answers for IIFT PDF will be helpful to you. 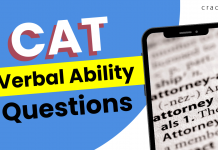