Question 1: What is the capital of the Czech Republic?

Question 2: Which team has won the gold medal at Badminton Asia team championships 2020 held at Manila, the Philippines in Men’s team event?

Question 3: The capital and the currency of the country of Cuba is?

Question 5: International Monetary Fund (IMF) expects Guyana to be the fastest growing country with an economic growth of 86% in 2020. What is the capital of Guyana?

Question 9: Which of the following is not among the State/unionterritories that underwent a name — change after their creation ?

Question 10: ‘Dirham’ is the currency of

Question 11: Minister of Petroleum & Natural Gas and Steel “Shri Dharmendra Pradhan” visited Mongolia for three days during october. What is the currency of Mongolia?

Question 12: Which of the following pairs of capital and currency of a country is correct?

e) All of the above

Question 13: Recently, Indian President Mr. Ram Nath Kovind visited the Gambia to sign some MoUs with his counter-part. What is the capital of Gambia?

Question 15: What is Renminbi?

a) It is the official currency of the People’s Republic of China (PRC), whose principal unit is the Yuan.

b) Low cost car being developed by Volkswagen in China, at prices lower than the Nano.

d) New currency mooted for the entire ASEAN region like Euro for Europe.

Question 17: Which country’s currency is Ngultrum ?

Question 18: What is the capital of “Kosovo”?

Question 19: Which among the following is the capital of Mozambique?

Prague is the capital of the Czech Republic.

The capital and the currency of Cuba are Havana and Peso respectively.

Brunei officially the Nation of Brunei, the Abode of Peace is a country located on the north coast of the island of Borneo in Southeast Asia.

According to the International Monetary Fund (IMF), Guyana is expected to grow at 86%. This came after Exxon Mobil Corp.’s oil discovery in the country. The GDP of Guyana will be fourteen times that of China in 2020.

Port Louis is the capital of Mauritius and Mauritian Rupee is its currency.

The capital is Copenhagen and the currency is Danish Krone.

Lusaka is the capital of Zambia

Riel is the currency of Cambodia

Lusaka is the capital of Zambia.

Lakshadweep formerly known as the Laccadive, Minicoy, and Aminidivi Islands is a group of islands in the Laccadive Sea, 200 to 440 km (120 to 270 mi) off the southwestern coast of India. The archipelago is administered as a union territory and district of India. They were also known as Laccadive Islands.
Kavaratti serves as the capital of the Union Territory and the region comes under the jurisdiction of Kerala High Court. 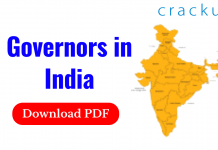 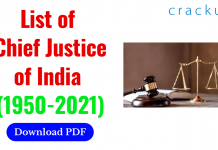 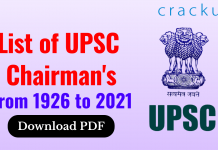