Download the most important Top-25 SSC Polity Questions in the upcoming SSC exams. These questions on based on the previous most repeating type of questions. If you preparing for the SSC exams like CGL, CHSL, MTS & other competitive exams these questions are very useful & may helpful for you in online preparation exams.

Question 2: The word “Secular” was added to the Preamble of the Constitution of India by which Constitutional Amendment?

Question 3: Under which article of the Constitution of India, can the fundamental rights of the members of the Armed Forces be specifically restricted?

Question 4: Bureaucracy literally means a system of government by

Question 5: Who is the executive head of the state in India?

Question 6: The $73^{rd}$ Constitutional amendment act is related to ?

Question 7: A writ is issued by

a) a High Court

b) a Sub Court

a) Right to education

b) Abolition of titles

Question 9: Which of the following categories of citizens of the prescribed age may be registered as a voter?

b) Convicted for certain crimes

Question 10: The maximum permissible gap between two sessions of the Parliament is ?

Question 11: The Preamble of the Indian Constitution was for the first time amended by the?

Question 12: What is the implication of the Central Government granting “Special Status”to a State?

Question 13: Who decides if a particular Bill is a Money bill or not?

b) Speaker of Loksabha

Question 14: Fascism believes in the application of the principle of :

Question 15: Which among the following form the first cabinet of Independent India was responsible mass religious conversion?

Question 16: India has taken the concept of ‘Judicial Review’ from which country’s constitution?

Question 17: According to Dr. Ambedkar which Article is the most important article of Indian
constitution?

Question 18: What is the maximum limit for investment in a sovereign gold bond scheme by a Trust per financial year?

Question 19: The following person is not a member in the Drafting Committee of the Constituent Assembly of India.

Question 20: Which part of the constitution deals with the responsibility of following the ideals of Indian freedom struggle?

Question 21: The power to grant pardons or suspend or remit the sentence of any convicted persons is vested in the _______.

Question 22: Which part of the Indian Constitution deals with Amendment of the Constitution?

Question 23: When was the National Statistical Commission setup?

Question 24: Which country’s constitution is the world’s longest?

a) United States of America

Question 25: The main feature of the Federal State is

c) Theory of separation of powers 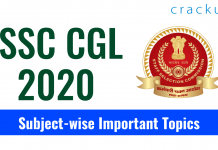 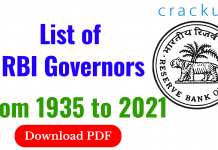