SSC CHSL Exam (10+2) is held every year, and lakhs of candidates apply.  As a result, the SSC CHSL Salary serves as a source of inspiration for thousands of government work applicants. The SSC CHSL Exam is used to pick applicants for the following positions, which will be posted in different government ministries. Here we are providing the complete details of SSC CHSL Salary for the year 2020 in the 7th pay commission and with their posts.

Salary for SSC CHSL after the 7th Pay Commission

For the above-mentioned posts, the SSC CHSL Salary as per the 7th Pay Commission is described in the table below.

The allowances and benefits given to different positions under SSC CHSL are enormous, which is why lakhs of candidates apply for it. An SSC CHSL employee receives the following benefits and allowances. 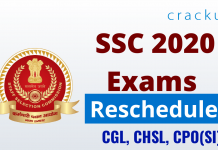