Question 1: Light year is the

a) Distance travelled by light in one year

b) Mean distance between the Earth and the Sun

c) Mean distance between the Earth and the Moon

d) Mean distance between the Sun and any planet

Question 2: Who discovered the fact that _____”An electric current produces a circular magnetic field as it flows through a wire” ?

Question 3: The cathode rays are

a) Streams of electrons

b) Streams of positively charged particles

Question 5: The SI unit of the specific resistance is

Question 6: Newton/kg is a unit of

Question 7: Which of the following is a unit of length in the old imperial and the U.S. customary systems, used especially for measuring the depth of water?

Question 8: Which term is used for the act of attempting to acquire information by masquerading as a trustworthy entity in an electronic communication?

Question 9: If the speed of rotation of earth increases, then mass of earth would

d) May increase or decrease depending upon the speed of rotation

Question 10: Radio waves reflect back from which layer of the earth’s atmosphere ?

Question 11: If a ship comes to sea water’. from river water, then its bottom will

a) Rise due to buoyancy

b) Rise in water due to more mass of water

c) Same in both sea or river water

Question 12: The rapid sliding of large masses of bed rocks is called

Question 13: Which of the following is false?
Sound waves are ………… waves.

Question 14: The filament of a light bulb is made up of

Question 15: In 1831, electricity became viable for use in technology when ________ created the electric dynamo.

We hope this Physics question and answer PDF for RRB Group-D Exam will be highly useful for your preparation. 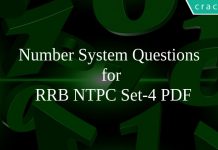 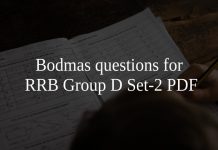