Based on the conditions stated in the passage below, answer the questions that follow.

Question 1: How many countries can be selected to meet only conditions 2 and 3?

Read the details below and answer the questions that follow.

Due to astrological reasons, a mother named all her daughters with the alphabet ‘K’ as Kamla, Kamlesh, Kriti, Kripa, Kranti and Kalpana.

Question 2: What is the rank of Kamla in increasing order of height?

Solve the questions based on the information provided in the passage below:

Six engineers Anthony, Brad, Carla, Dinesh, Evan and Frank are offered jobs at six different locations -England, Germany, India, Australia, Singapore and UAE. The jobs offered are in six different branches, and are based on their competence as well as preference. The branches are IT, Mechanical, Chemical, Electronics, Metallurgy and Electrical, though not necessarily in the same order. Their placements are subject to the following conditions:

Question 3: Which combination is true for Dinesh?

Question 4: If step 2 of an input is “not is the casino considering legal action”, which step is: “not is casino action legal the considering”?

In a motor race competition certain rules are given for the participants to follow. To control direction and speed of the motorists, guards are placed at different signal points with caps of different colour. Guard with red cap indicates the direction of participant’s movement and guards with green cap indicates the speed of the participant’s movement. At any signal point presence of three guards, two guards and one guard with red cap means the participant must stop, turn left and turn right respectively. Signal points with three guards, two guards and one guard with green cap means the participants must move at 10, 4 and 2 km/hour respectively.

Question 7: Total distance travelled by Kartikay from starting point till last signal is:

b) Both II and III

c) Both III and I

Match the word in column 1 with its meaning in column 2.

Let us arrange the daughters in the decreasing order of height first.

Kalpana is shorter than Kriti but taller than Kranti.
Therefore, Kriti > Kalpana > Kranti.

Kamlesh is taller than Kriti.

Kamla is taller than Kamlesh. Kamla is not the tallest. Therefore, Kripa must be the tallest person.

Let us arrange the daughters in terms of their qualification.

Rank of Kamala in the increasing order of height is 5. Therefore, option B is the right answer.

The machine is arranging the numbers in the increasing order of the sum of the digits on the number.

The number in the bracket indicates the sum of digits of the given number.

Going by the logic mentioned above,

This is the required sequence which is achieved in Step 3.

The given situation is:

Let us draw the family tree for each option:-
A.

Thus, M is the uncle of T and thus, option B is the not the right answer.
C

We hope this Logical Reasoning questions and answers for IIFT PDF will be helpful to you. 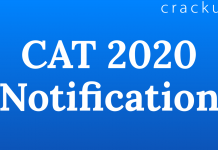