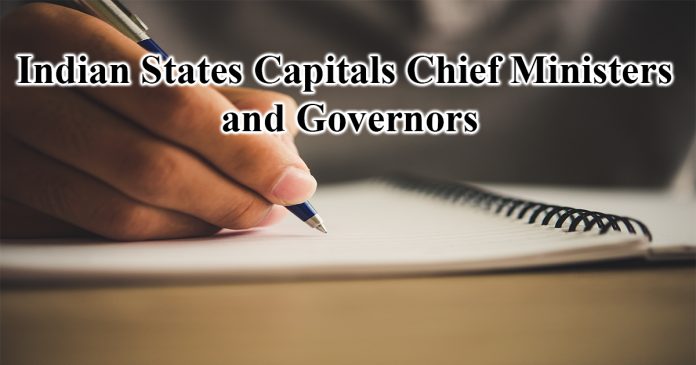 Take a free mock test for SBI Clerk to apply this banking awareness pdf knowledge. We also provided other important information like Union Territories and other Key information. You can Download this List of Indian States and their Capitals pdf which will also cover governors and CM’s (chief ministers of the state) and the same information of Indian States is given below.

List of Indian States and their Capitals – Cheif Ministers – Governors:

List of Union Territories and their Capitals, Chief ministers and Governors:

The above two tables presents the comprehensive list of Indian States and Union Territories and their Capital cities.

This List of Indian states and their capitals pdf covering Governors and Chief minister of the state will help you to score more in General awareness and current affairs section of Banking and other exams.