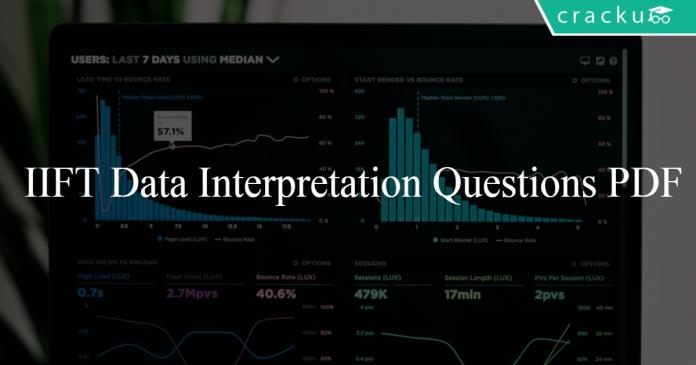 Based on the information given below, answer the questions which follow.

Question 1: Arrange the countries in order of increasing population density (number of people per sq. kms).

Based on the information given below, answer the questions which follow.

The occupancy rate of a hotel is the share of available rooms that are occupied during a given time. Figure- I presents quarter wise average hotel occupancy in four regions (Asia-Pacific, America, Europe and Middle East & Africa) for the year 2016. Figure-2, shows the revenue of select hotel chains worldwide in 2016.

Based on the information answer the questions which follow.
IBM is one of the most valuable technology brand in the world. Visualizing the trends, IBM has added and dropped business segments across years. For example, “Technology Services and Cloud Platforms (TSCP)” which started in 2015 only, generated a revenue of approximately 34280 million U.S. Dollars in 2017. Table shows the Global Revenue generated by IBM in nine different segments of its business from 2010 to 2017 in millions USD.

Question 3: The profit booked by IBM in year 2012 is USD 49 billion. Considering equal percentage profit margins across all segments, then approximate profit made by ‘Systems and Technology’ in millions USD is

The data was collected for an industry in order to analyse the impact and importance of select parameters. The Figure represents performance of the industry on select parameters which arc Fixed Capital. Materials, Value added and Number of Factories from the year 2008-09 to 2015-16. Total inputs – (Output — Value added). Table represents select performance indicators which are Output, Number of Workers and Emoluments from the year 2008-09 to 2015-16.

Question 4: In which of the following year fixed capital per factory is lowest?

An agent has to send a secret message to CBI office in Delhi. He needs to compile his message using following 12 code words- Scare, Logical, Mouse, Beauty, Helping, Roses, Cats, Doctor, Arguments. Crude. Ferry and Mineral. The agent compiles the coded message and delivers it to CBI office in form of a $4\times3$ matrix. Each coded word has been allocated a position in the matrix ($1\times2$ position represents row 1 and column 2). The clues to compile the secret message are:

ii. Roses is to the immediate left of Beauty and Mineral is immediately above Roses.

iv. Ferry is separated from Helping horizontally by only one word Logical.

v. Arguments is at position $2\times3$ in the matrix and the word immediately below it has odd number of letters.

vi. Crude and Doctor are in the same horizontal row and Crude is to the right of Doctor.

vii. Cats is not in the same row or column as Mouse.

Question 5: The sum of letters of which row is 19?

Eight officers of Indian Trade Service meet for a cup of coffee at Coffee Point. The officers P, Q, R, S, T. U. V and W are seated in a circle and discuss issues related to Trade in Services, Trade in Intellectual Property Rights. Investments. Tariffs, Remedies. Standards. Trade Facilitation and Subsides not necessarily in the same order. An MBA student sitting on the next table overhears the discussion and ranks the issues as per their importance from 1 to 8. No two issues can have the same rank and no two officers can have the same position. Additional information available is:

i. P is sitting to the immediate left of S and the officer opposite to S discusses issues pertaining to Remedies.

iv. The ranks of the issues raised by the officers sitting opposite to each other cannot be both even or both odd.

v. The officer discussing issues related to Trade in Services is sitting opposite to T. T is sitting at a gap of one place from P.

vi. R is sitting opposite to Q and represent issues related to Standards and Trade in Intellectual Property Rights not necessarily in the same order.

viii. The officers representing issues related to Trade in Services and Trade facilitation are sitting adjacent to each other.

Question 6: Which possible issues can be represented by W?

a) Standards-Trade in Intellectual Property Rights

Nautanki a famous play group from Eastern India is playing different shows every hour starting from 10am with a two hour lunch break from I pm to 3 pm after which the show resumes at 3 pm. Entry tickets for different shows are coded with 7 words each day. The same words are rearranged for different shows following a definite rule. For example:

Show 1 : Banana is the favourite fruit of Bina

Show 2 : the is of favourite Bina fruit Banana

Show 3 : of is fruit favourite Banana Bina the

And so on till the last show at 9 pm.

a) Do things others help to in difficulty

b) Do things to help others in difficulty

c) Do things to help in difficulty others

d) Do things difficulty help to others in

Question 8: If another exporter Abeer prefers to export only intermediate goods, then the total number of products which both Abeer and Dora export are

Based on the information below, answer the questions which follow.

Six friends Albert, Betty, Claire, Daisy, Evan and Fred who are working in different organisations, are looking for a switch in their jobs. They came across an advertisement in the newspaper regarding a job fair being organised in New Delhi. After enrolling for the fair, different days are allotted to each one of them from Monday to Saturday not necessarily in the same order, starting from Monday. They also had to arrange for their stay in different hotels to concentrate well while preparing for the upcoming interviews namely Taj, Hilton, Crowne Plaza, Radisson, Hyatt and Marriott. Additional information provided is as follows:

ii. Fred does not stay in Hyatt but works in Himalaya.

iii. Betty and Daisy participate in the Job fair on consecutive days.

iv. Claire participates in the Job fair on the day before the person staying in Crowne Plaza but on the next day of Pepsi employee.

v. The person working with Oppo participates in the Job fair on Friday and does not stay in I {ikon.

vi. Claire who is working with Nestle participates in the Job fair at a gap of one day prior to Evan.

vii. Daisy stays in Marriott and attends the conference on the last day of the week.

viii. The person working with Apple stays in Radisson.

Question 9: Which of the following friend is working with Apple?

India has 13 major ports, out of which 6 ports are located in Eastern Coast and 6 ports are in Western Coast of India. 13th port is at Port Blair, located in Andaman & Nicobar Island, which has negligible cargo traffic: Table below provides the traffic data bandied by 12 major ports (thousand tonnes) of India for the period 2011-12 to 2015-16. Based on the table, answer the questions:

Question 10: What shall be the total approximate traffic (000) of Kolkata, Vizag and Cochin Port in 2017-18 if traffic continues to grow at the annual growth rate of 10% per annum in each of these ports?

We hope this Data Interpretation questions and answers PDF will be helpful to you. 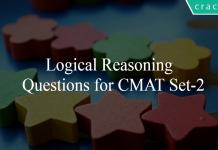 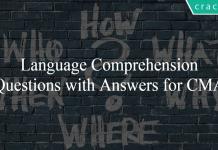 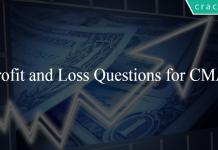 Profit and Loss Questions for CMAT