Direction: In the following passage there are blanks, each of which has been numbered. These numbers are printed below the passage and against each, five words/phrases are suggested, one of which fits the blank appropriately. Find out the appropriate word/phrase in each case.

a) cannot
b) possibly
c) should
d) never
e) must

Instructions: In these questions, there are two statements which can be combined into a single statement in a number of different ways without changing their meaning. Below them are given three probable starters (1), (2) and (3) of such a combined sentence. One, two, three or none of them may be correct. Decide upon which is/are correct, if any and mark the option which denotes your answer. If none of the three starters is suitable mark, ‘None’ as your answer.

Direction: Which of the phrases a), b),c) and d) given below each statement should be placed in the blank space provided so as to make a meaningful and grammatically correct sentence?
If none of the sentences is appropriate, mark e) i.e. ‘None of these’ as the answer.

Question 9: Refuting the rationale behind frequent agitations for formation of separate States, a recent report ____

Question 10: Overlooking the fact that water scarcity intensifies during summer, ____

a) the government issued guidelines to all builders to limit their consumption to acceptable limits
b) provision for rainwater harvesting has been made to aid irrigation in drought prone areas
c) the water table did not improve even after receiving normal monsoon in the current year
d) many residential areas continue to use swimming pools, wasting large quantities of water
e) None of these

Question 11: He has lost most of his life’s earning in the stock market but ____

Question 12: Achieving equality for women is not only a laudable goal, ____

Question 13: ____ or else they would not keep electing him year after year.

a) The party leader gave a strong message to the mayor for improving his political style
b) Owing to numerous scandals against the mayor, he was told to resign from the post immediately
c) The mayor threatened the residents against filing a complaint against him
d) The residents must really be impressed with the political style of their mayor
e)None of these

The second part of the sentence contains the word ‘but’, which implies that the word to be used in the blank should be a negative word. Of the options given, only the word ‘cannot’ is applicable. The correct answer is option a).

Based on the grammatical construction of the sentence, the only word that is applicable in the blank from the options is ‘requires’. So, option e) is the correct answer.

The sentence is talking about radical change. From the options, the only word that complements the word ‘change’ is ‘growth’. So, option e) is the correct answer.

The rationale behind formation of separate states is better governance and improvement in economy. The report refutes this idea. So, the most apt concluding sentence would be “…indicated that the formation of smaller states does not necessarily improve the economy:. So, option b) is the best answer.

The first part of the sentence talks about water scarcity in summer and the fact that somebody is overlooking it. So, the statement in option d) which says many residential areas continue to waste water would be the best way in which to complete the sentence. Hence option d) is the correct answer.

The sentence says he lost most of his savings but…The best completion to this sentence is option a) which says he still leads a life of luxury. Option a) is the correct answer.

The second part of the sentence should also talk about achieving equality for women. Options b) and d) are relevant. Between these two, option d) is a better choice because it complements the first part by saying that the goal is not only laudable but also difficult to achieve. 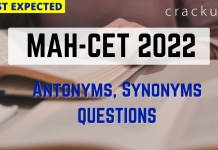 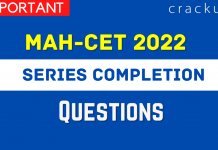 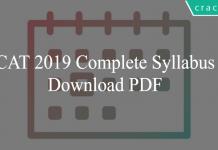