Question 1: Ajay ranked sixteenth form the top and twenty-ninth from the bottom among those who passed the examination. Six boys did not participate in the competition and five failed in it. How many boys were there in the class ?

Question 2: Akhil is the brother of Ramu. Shyam is the father of Ramu. Bharati is the paternal aunt of Shyam. Bharati has a son, Deepak. How is Deepak related to Akhil?

a) First cousin once removed

Question 4: Rama told everyone that Ramesh is the son of the only son of the mother of her only aunt. How is Ramesh related to Rama?

Question 5: If the word ‘WANTED’ is written as ‘NAWDET’ in some code, then how is ‘PULLED’ written in the same code?

Question 7: If South changes to North-East, and West changes to South East, then what does North-West change to?

Question 8: Find the option which represents the mirror image of the word given below.

There are 15 boys ahead of Ajay. 28 boys behind Ajay. Ajay was also in the competition and 6 didn’t participate and 5 failed.

With the given information, we can say that the directions shifted 135 degrees towards the clockwise direction.
Hence, North-West will change to South.

R is inverted in options A and C. Hence, both these options are wrong. In option D, the image of S is wrong. Hence, D is also wrong. Thus, option B is the correct answer.

We hope this General Intelligence Questions set – 2 PDF for RRB Group-D Exam will be highly useful for your preparation. 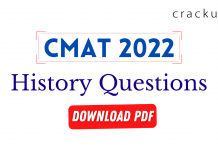 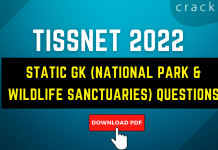