Fill in the Blanks Question for MAH – CET 2022 – Download PDF

Download Fill in the Blanks Question for MAH – CET

Directions: Each question below has two blanks, each blank indicating that something has been omitted. Choose the set of words for each blank that best fits the meaning of the sentence as a whole.

InstructionsDirections : The following questions consist of a single sentence with one blank only. You are given six words as answer choices and from the six choices you have to pick up two correct answers, either of which will make the sentence meaningfully complete.

Question 11: Drugs worth Rs. 3 lakh were ___ from the apartment by the police. (A) manufactured (B) ruptured (C) seized (D) confiscated (E) bought (F) compared

Question 12: A man reportedly_____ two passports with the same photograph but under different names was arrested by the commissioner’s Task Force.  (A) possessing (B) examining (C) surrendering (D) mastering (E) holding (F) fixating

Question 13: The Hollywood star and the Bollywood heroine are being ____ as the next big onscreen couple. (A) labelled (B) explained (C) worshiped (D) touted (E) exclaimed (F) shouted

Question 14: An organization ______ to the mission of road safety has prepared an action plan for reducing accidents and related injuries and fatalities. (A) specified (B) inaugurated (C) committed (D)kickedoff (E) succumbed (F) dedicated

Question 15: The ability of a woman to do well does not_____ on whether it is a man’s world or not, because everyone has his/her own opportunities. (A) trust (B) depend (C) reckon (D) live (E) rest (F) believe

InstructionsDirections : The following questions consist of a single sentence with one blank only. You are given six words denoted by A, B, C, D, E & F as answer choices and from the six choices you have to pick two correct answers, either of which will make the sentence meaningfully complete.

Question 18: A senior citizen’s son ……………… threatened her every day and physically harmed her, forcing her to transfer her property to him. A) superficially B) mistakenly C) allegedly D) miserably E) doubtfully F) purportedly

Question 19: Medical teachers said that the management had continued to remain ……………… to their cause leading to the stretching of their strike. (A) unmoved (B) lethargic (C) unconcerned (D) apathetic (D) indifferent (F) boted

Question 20: The parents had approached the high court to ………………. the government order after their children, who passed UKG, were denied admission by a school. (A) void (B) quash (C) annul (D) stay (E) lift (F) post

The right preposition to be used when using odds is “against”. Hence, only option b is correct.

Both seized and confiscated can be used in the given context

Both possessing and holding can be used interchangeably when describing use of passport. The other options are either in appropriate to be used for passports or are conveying an entirely different meaning.

Both committed and dedicated can be used in the given context

Inaugurated, specified, succumbed and kicked off are not appropriate to be used in the given scenario.

Both depend and rest can be used in the given context

As it says ” _____ before”, in this blank, we have to fill it with a word which refers to “certain amount of time”. Hence ‘minutes’ and ‘seconds’ are the correct answers => A and F

As it says ” _____ before”, in this blank, we have to fill it with a word which refers to “certain amount of time”. Hence ‘minutes’ and ‘seconds’ are the correct answers => A and F

It is given that the person has threatened someone. The words ‘superficially’,’mistakenly’,’miserably’ and ‘doubtfully’ referring to threatened is wrong usage. Either of the words ‘allegedly’ or ‘purportedly’ can be used here.

‘Apathetic’ and ‘indifferent’ are synonyms of unconcerned.

The other three words do not mean the same as unconcerned. Hence E is the answer.

Annul and lift are the most appropriate words to be used to describe government orders that are amended by courts. 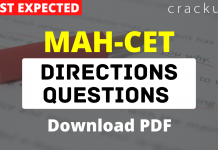 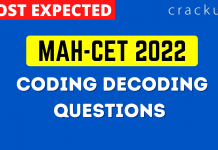 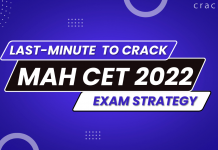