Direction: In the following passage there are blanks, each of which has been numbered. These numbers are printed below the passage and against each, five words/phrases are suggested, one of which fits the blank appropriately. Find out the appropriate word/phrase in each case.

In these questions, there are two statements which can be combined into a single statement in a number of different ways without changing their meaning. Below them are given three probable starters (1), (2) and (3) of such a combined sentence. One, two, three or none of them may be correct. Decide upon which is/are correct, if any and mark the option which denotes your answer. If none of the three starters is suitable mark, ‘None’ as your answer.

e) All of these

Question 6: Drawing attention to the pitfalls of ____ solely on Uranium as a fuel for nuclear reactors, Indian scientists warned that Uranium will not last for long and thus research on Thorium as its ____ must be revived.

Question 7: In an effort to provide ____ for higher education to all, most of the universities have been providing education without adequate infrastructure, thus churning out ____ graduates every year.

Question 8: The move to allow dumping of mercury ____ an outcry from residents of the area who ____ that high levels of mercury will affect their health and destroy ecologically sensitive forest area.

Direction: Which of the phrases a), b), c) and d) given below each statement should replace the phrase printed in bold in the sentence to make it grammatically correct ?

If the sentence is correct as it is given and ‘No correction is required’, mark e) as the answer.

Question 9: Soon after the Tsunami had killed thousands of people along the coasts of southern India, parliament passes a bill that proposed to set up an institutional mechanism to respond promptly to natural disasters.

a) passed a bill that proposed

b) passes a bill with purpose

d) passed a bill which propose

Question 10: Denial of wages forced scientists and teachers at the agriculture universities throughout the country to go on strike, crippling crucial research that could help the state of agriculture in the country.

a) from going on strike

b) which went on strike

c) on going for a strike

d) for going to strike

Question 11: In an attempt to boost their profits many edible oil producing companies have been engaging themselves in propaganda against commonly used oils and promoting exotic and expensive varieties of oils as healthier options.

a) as most healthiest options

b) as less healthy option

c) as a healthier option

d) as much healthiest option

Question 12: Thanks to numerous government initiatives, rural masses which was earlier unaware of the luxuries of urban ways of living are now connected to the same lifestyle.

a) who was earlier unaware

b) which were earlier aware

c) who were earlier conversant

d) who were earlier unaware

Question 13: Over the last few months, while most industries are busy in restructuring operations, cutting costs and firing, the Indian pharmaceutical and healthcare industry was adding manpower and giving salary hikes.

a) as many industries are

b) while most industries were

c) while many industries is

d) where many industries were

Direction: Which of the phrases a), b),c) and d) given below each statement should be placed in the blank space provided so as to make a meaningful and grammatically correct sentence?

If none of the sentences is appropriate, mark e) i.e. ‘None of these’ as the answer.

Question 14: Refuting the rationale behind frequent agitations for formation of separate States, a recent report ____

a) proved that such agitations result in loss of governmental property

Question 15: Overlooking the fact that water scarcity intensifies during summer, ____

Question 16: He has lost most of his life’s earning in the stock market but ____

b) he could not save enough to repay his enormous debts

Question 17: Achieving equality for women is not only a laudable goal, ____

Question 18: ____ or else they would not keep electing him year after year.

b) Owing to numerous scandals against the mayor, he was told to resign from the post immediately

InstructionsDirections : In each of the following questions, a short passage is given with one of the lines in the passage missing and represented by a blank. Select the best out of the five answer choices given, to make the passage complete and coherent.

Question 19: Poverty is the state of majority of world’s people and nations. Why is this? ……. Have they been lazy, made poor decisions, and been solely responsible for their own plight? What about their governments? Have they pursued policies that actually harm successful development? Such causes of poverty and inequality are no doubt real. But deeper and more global causes of poverty are often less discussed. Behind the increasing inter-connectedness promised by globalisation are global decisions, policies and practices. These are typically influenced, driven or formulated by the rich and powerful. These can be leaders of rich countries or other global actors such as multinational corporations, institutions and influential people. In the face of such enormous external influence, the governments of poor nations and their people are often powerless. As a result, in the global context, a few get wealthy while the majority struggles.

a) Is it enough to blame poor people for their own predicament?

b) What is the government doing about it?

c) Are the wealthy ones in the nation even aware of this?

d) The government has already taken measures to eradicate the same.

e) The huge gap between the rich and the poor in the nation is now narrowing.

Question 20: Women’s rights around the world are an important indicator to understand global well-being. A major global women’s rights treaty was ratified by the majority of the world’s nations a few decades ago. These range from the cultural, political to the economic. For example, women often work more than men, yet are paid less; gender discrimination affects girls and women throughout their lifetime; and women and girls are often the ones that suffer the most poverty. Many may think that women’s rights are only an issue in countries where religion is law. Or even worse, some may think this is no longer an issue at all. But reading the report about the United Nation’s Women’s Treaty and how an increasing number of countries are lodging reservations will show otherwise. Gender equality furthers the cause of child survival and development for all of society, so the importance of women’s rights and gender equality should not be underestimated.

a) This treaty tackled and solved a number of issues related to women.

b) Why is it then, that women still face a number of problems on the domestic front?

c) Thus, the woman today is ten times more empowered as compared to a woman say about a decade ago.

d) Women’s activists across nations have implored the respective governments to take! this seriously.

e) Yet, despite many successes in empowering women, numerous issues still exist in all areas of life.

The sentence is in the simple past tense. So, the correct construction of the sentence should be “…passed a bill that proposed…”. So, option a) is the correct answer.

The sentence is grammatically correct. There is no correction required.

Masses is plural, so it should be ‘were’ instead of ‘was’. Also, the use of the word ‘which’ is incorrect. The correct word is ‘who’. So, option d) is the correct answer.

The sentence is in past tense. So, ‘were’ should be used instead of ‘are’. ‘Where’ is used for a place whereas ‘while’ is used to refer to a period of time. So, option b) is the correct answer.

The rationale behind formation of separate states is better governance and improvement in economy. The report refutes this idea. So, the most apt concluding sentence would be “…indicated that the formation of smaller states does not necessarily improve the economy:. So, option b) is the best answer.

The first part of the sentence talks about water scarcity in summer and the fact that somebody is overlooking it. So, the statement in option d) which says many residential areas continue to waste water would be the best way in which to complete the sentence. Hence option d) is the correct answer.

The sentence says he lost most of his savings but…The best completion to this sentence is option a) which says he still leads a life of luxury. Option a) is the correct answer.

The second part of the sentence should also talk about achieving equality for women. Options b) and d) are relevant. Between these two, option d) is a better choice because it complements the first part by saying that the goal is not only laudable but also difficult to achieve.

The sentences immediately after the blank uses the pronoun “they”. This is used to refer to poor people. The only option that refers to poor people is option A

We can eliminate options A and C as they are contrary to what is being said in the paragraph. Option B incorrectly identifies the scope of the paragraph. The paragraph speaks of all the injustices women face – not just the one on the domestic front. Between D and E, E correctly completes the chain of thought being expressed at the end of the paragraph. Hence, the correct option is option E. 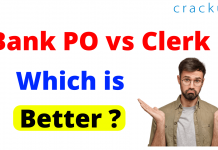 Which is better, Bank PO Vs Bank Clerk? 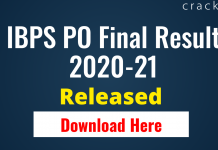 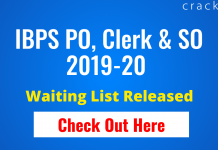