SSC MTS salary Details 2019: The Staff Selection Commission (SSC) has relieved the SSC MTS 2019 notification to fill up the job vacancies in different multitasking posts in Ministries/Government Departments/Offices in various States and Union Territories of India. SSC multi tasking staff exam is one of the most participated exams in India for 10th passed students. Candidates plan to appear for the exam must have explicit knowledge of the SSC MTS salary. Check out this article for all this information about SSC MTS Salary.

After the execution of the 7th Pay Commission, the salary for each and every government posts, including SSC MTS posts, raised by almost 20%.  SSC multitasking staff salary is calculated as In-Hand Salary and Gross Salary. Multi Tasking Staff is a central service Group ‘C’ non-gazetted, non-ministerial post which falls under Pay band-1 (Rs.5200 – 20200) + Grade Pay Rs.1800. The take-home salary of multi tasking staff  ranges between Rs.18,000 – 22,000 /month (approx). The salary could vary based on allowances, location etc.

Abbreviations are used in their full form :

SSC multi tasking staff (MTS) posts have the similar promotion rules that are applied to any other central government posts. Educational qualification is required for further promotions. You can also get  promoted through Limited Departmental Exam.

This blog is all about  SSC MTS Salary Structure 2019. We wish that you found the above information provided helpful. If you are an SSC multi tasking staff (MTS) 2019 aspirant, and want to start your preparatory work for the Exam, you can always trust cracku SSC MTS mock test for your entire preparation for the Exam. Read the features of the Cracku SSC MTS Mock  Test Series below. 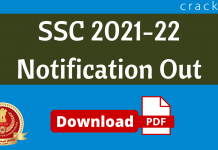 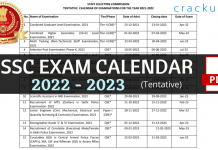