Directions: Study the following information and answer the questions given below:

Who is sitting second to the right of E?

Who among the following is the Professor?

What is the position of L with respect to the Scientist?

a) Third to the left

b) Second to the right

c) Second to the left

d) Third to the right

Which of the following statements is true according to the given arrangement?

a) The Lawyer is second to the left of the Doctor.

b) E is an immediate neighbour of the Financial Analyst.

c) H sits exactly between F and the Financial Analyst.

d) Only four people sit between the Columnist and F.

e) All of the given statements are true. 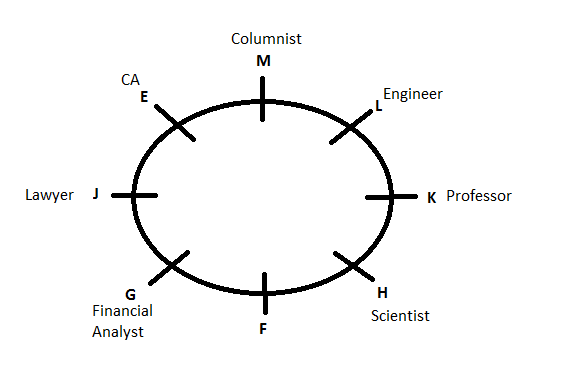 Second to right of E is G.

K is the professor.

Except J and Engineer, all the other pairs are opposite to each other.

Therefore J and Engineer is the answer

Idioms and Phrases for IBPS Clerk

Second to the right of scientist is L.

5) Answer (a)
According to the figure, only option 1, which says that the lawyer is second to the left of doctor, is correct. 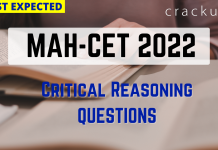